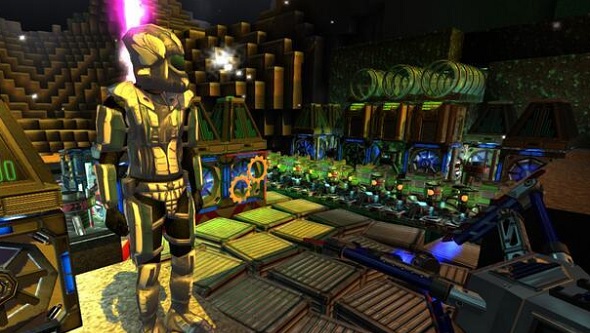 The original FortressCraft was one of the highest-selling indie games on the Xbox 360. It made sense, then, for the its solo creator to make a follow-up for the PC crowd in 2014 in the form of FortressCraft Evolved. It’s a voxel-based sandbox game, not unlike Minecraft, but has you focus more on building settlements with friends and then defending them from monsters in a mix of tower defense and first-person shooting.

FortressCraft Evolved was in Early Access for a couple of years but left it to become a full-fledged title in December 2016. Since then, it has seen a number of big updates, constantly expanding and improving the game. The latest was the 17th content update, which improved game functionality, and network optimization, making.

Soon, FortressCraft Evolved will get the Adventures Pack DLC, too, which will add the largest user-constructed machine ever seen in a game, according to the developer. It’s ripe time to get involved with the community, then, building your own settlements and inviting some friends to help you out – it’s on sale for a few more hours on Steam.

With that in mind, we’re giving away 50 Steam keys for FortressCraft Evolved right here. You can enter to win one of them via the widget below.Every action you complete is worth one entry into the giveaway, and the more actions you complete the more chance you’ll have of winning. We’ll also need your email address so we can send you a code upon winning – we won’t send you spam, we promise.