Facebook bought Oculus VR last night for two billion dollars, which makes my hostile takeover of a £6.10 burrito look a bit rubbish. If that many dollars were laid out end to end, most of it would blow away or be stolen, but what does this acquisition mean for the future of virtual reality? How might this affect the social media ecosystem and the brands? Can Zuckerburg leverage the power of Oculus Rift to enter the internet bodily? And will he look like the Lawnmower Man (from The Lawnmower Man) or the electric gremlin (from Gremlins)?

#Faceboculusgate, as it has come to be known, has hit fever pitch, but consider me the cold flannel on the issue’s forehead, arriving on the scene with the only hastily written and woefully misinformed editorial you’ll need to read today.

Here are the four things Facebook will not do with Oculus Rift, despite all of our deepest fears.

“Hey Kate, want to hang out?” speaks Chad into the prehensile plastic tube that snakes out of his computer’s hard drive and into his mouth. It is the year 2019, in the distant future. We cut to Kate, who is on a space aeroplane of some sort. A smaller version of the tube we’ve seen Chad using coils out of her smartphone and daintily inserts itself into her mouth. “Can’t tonight I’m afraid,” she chirrups into the portable speakerpipe. “I’m in low earth orbit where I live, but hop on Facebook and I’ll see you in the Facecube!”

Both Chad and Kate pull Oculus Rift goggles over their faces and are immediately transported into a featureless white cube measuring twelve feet on each side. A hologram of Mark Zuckerburg fades in through one of the walls, prancing merrily like Richard O’Brien on Crystal Maze. “CONNECTING TO FACECUBE, PLEASE WAIT,” booms the holo-Zuck. As the connection is being made, Mark Zuckerburg does an almost imperceptible little shuffling dance, with his elbows tight to his sides and his fists raised to shoulder height. “CONNECTING. FACECUBE IS CONNECTING. DOO DO BE DO.”

After a brief moment holo-Zuck ascends through the ceiling and Chad and Kate find themselves alone together in the featureless white cube. “This is fantastic,” enthuses virtual Kate as she leans against the cube’s most convincing wall, whipping her virtual hair back and forth. “You’re telling me,” shouts Chad as he slaps his open palms against the holographic floor, “it’s like we’re really here in the same room together”.

The entire ceiling of the cube flashes red three times before becoming Mark Zuckerburg’s big weird face. “DOCTORS HATE HER,” the ceiling shrieks as Chad and Kate try to cover their ears. But the sound is coming from inside their heads. “YOU’LL BE AMAZED OF THIS ONE WEIRD TIP TO A SLIMMER BELLY.” We cut back to Chad and Kate in the real world, still wearing the Oculus Rift, their limp bodies now slumped fully out of their seats, their limbs jutting outwards in contorted poses, warm drool leaking from their slack mouths. Horror. 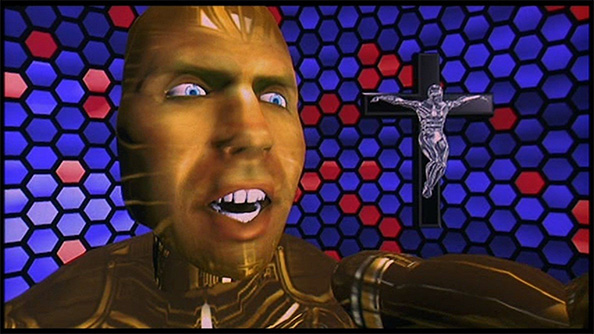 But if they did, they would have to choose from one of the following names that I have come up with.

Facebook will not… develop a virtual reality version of Farmville

Oculus VR has been having venture capitalist money dumped in front of its offices by an unending parade of bin lorries for some time now. Whether we reach a brave new future of magic goggles or not, virtual reality is a thing that’s shooting upwards in value very, very quickly. I’m no businesss analyst, but even I know that when something you’ve just bought is rolling up money like a big Katamari on auto-pilot, you donothing. You sit back and you watch the Katamari of money get bigger and bigger and think “that is my Katamari of money, I own that now, mine mine mine hahaha”. And if you’re the sort of person who can’t help but not do nothing, you just do the exact same thing the thing you bought was doing before you came along, only faster. Those are some cold hard business facts, I think.

So that’s why Facebook won’t make an Oculus Rift version of Farmville. Facebook are not interested in changing the course of Oculus Rift development. Facebook bought Oculus because it’s already on course. That, and because people who play free games on Facebook don’t spend hundreds of pounds on virtual reality headsets. And more generally speaking it’s just a really stupid idea. 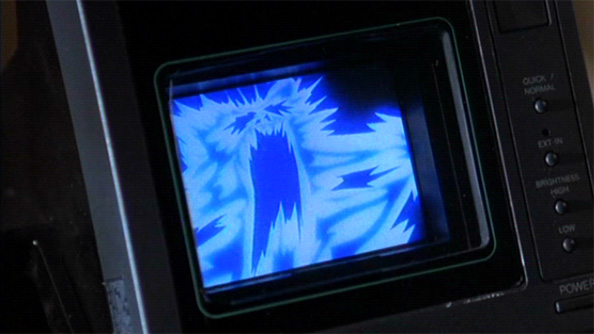 Facebook will not… accelerate the development of virtual reality technology such that it becomes totally indistinguishable from physical reality, plunging the human race into an existential malaise from which we can never recover

What if it’s actually the year 2073 and holographic entertainment has reached a point where, in order to enhance our experience of virtual reality, we willingly wipe our own memories before we step into the machine? What if the technology is also capable of manipulating the rate at which our brains perceive the passage of time, compressing a virtual day into an hour, or a lifetime into a moment? And what if we, as a single-nation planet, had all voted to run a big multiplayer game of 2014 together? A whole virtual year, played out in an instant.

What if the simulation keeps crashing on December 31st? What if we’ve unknowingly lived the year 2014 over seven thousand times? What if we’re all forever trapped inside this fated instant in 2073, the instant in which we switched on our Facebook-owned Oculus Rifts and became, all at once, immortal and dead. What then?