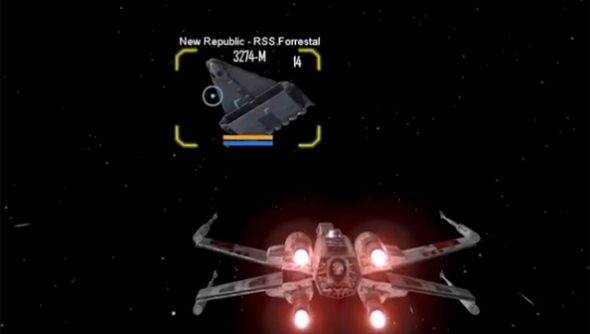 Freelancer is the best game Wing Commander/Star Citizen creator Chris Roberts never finished or a shell of a space shooter, depending on which of the PCGamesN team you ask. The former opinion is mine, so we’ll go with that.

“After taking heavy losses in a renewed Imperial offensive, the New Republic is determined to show that it will not be pushed on the defensive,” write its makers on ModDB. “Therefore, New Republic Command has initiated a series of deep penetration raids on core Imperial systems, including the system of Sartinaynian, home of the capital planet Bastion itself.”

Freeworlds and Tides of War began as separate Lucas-inspired Freelancer projects, but sensibly their teams have since banded together for a shot at the MOTY Awards. The video above is representative of the mod’s current state of play, and features player carriers, speed matching and target tracking.

It also features some pilot role-playing that starts off cute but wears thin fast. Once those lasers begin to ‘pew’ in classic fashion, though, it’s tough not to get on board.

What do you think?