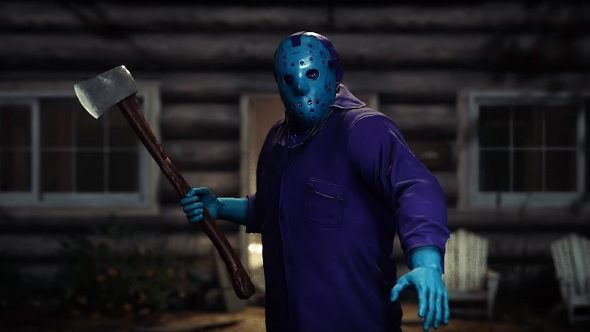 Even when a supernatural murderer is on the loose, the biggest threat to survival can be your own team-mates. After being plagued with team-killers over the past few months, Friday the 13th: The Game developers IllFonic have reduced the ways you can murder fellow camp counselors, thanks to a recent patch.

Care for a scare? Here’s a list of the PC’s most frightening horror games.

According to publisher Gun Media, “rampant abuse” from griefers had turned Friday the 13th from a co-op survival game into more of a “Battle Royale scenario.” To address this imbalance, players can no longer be killed by camp counselors brandishing machetes, shotguns, or other weapons while in public matches. Players can still be run over by a team-mate so you’ll still want to watch out for reckless drivers. Be careful who you invite for a ripping round of ‘Escape the six foot unstoppable killing machine’ though, as team-killing is still possible in private matches.

Along with discouraging team-killers, this update to Friday the 13th: The Game has reduced the size of each map by 40% to “encourage faster-paced game play overall.” Matches should no longer go on for the length of a Friday the 13th movie, with Jason wandering around looking for teenagers to brutally murder. This update also adds new localisation options, meaning that Friday the 13th: The Game is now playable in English, French, Italian, German, Japanese, Portuguese, and Russian.

More maps, additional camp counselor outfits, and a brand new Jason are in the works, but single-player horror fans are still waiting for a release date on Friday the 13th’s solo campaign. You can read through all of the patch notes for this update over on the Friday the 13th’s website.