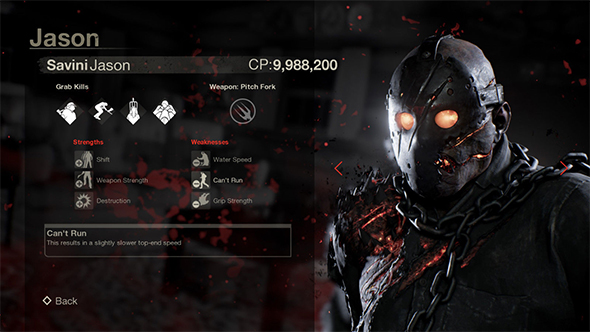 A huge number of DLC codes for Friday the 13th have been sold by a third party in the past few months, and according to a representative from publisher Gun Media, most of these codes were stolen from a distribution partner. The eBay account selling these codes has dropped all related listings, but it’s estimated that they’ve made over $20,000 on these sales based on their feedback records.

The costume codes, intended as exclusive rewards to Kickstarter backers, were being sold for $100-$200 each, and by all appearances were entirely legitimate. A number of players had questioned how the seller had acquired so many codes over the last few weeks, but it wasn’t until a Reddit post a few days ago that the issue prompted a response from Gun Media.

“We previously assumed that backer-content keys being sold on eBay were the same as you; a fan who got in early and purchased extra keys. After reviewing the information that you have posted, it is absolutely clear that this is not the case. With some investigation, we quickly determined that the keys being sold come from a theft at one of our distribution partners.”

Though the distribution partner in question wasn’t named there, but Limited Run Games have publically acknowledged that they were likely the source of the stolen codes. The company, a boutique distributor of disc-based releases for otherwise download-only games, partnered with Gun Media – with whom they’d had a working relationship for years – to distribute physical rewards for the Kickstarter. A spokesperson from the distributor tells PC Gamer they suspect an unidentified contract worker had stolen the codes as well as other collectable merchandise. The eBay account in question had sold a number of other Limited Run Games items.

For their part, Gun Media say they’re disabling any unredeemed codes they suspect to be related to the theft, while Limited Run Games will cease using contract workers and are moving to a new location “that provides deeper levels of security for our partners, our inventory, and ourselves.”