With its foreboding vision of an icy apocalypse, Frostpunk has always been a game about people dealing with climate change. It tells their stories through snatched rumours and overheard conversations, tales of separated families, desperation, and uncertainty. If anything, certainty is what Frostpunk demands from its players – that as leader, they work uncompromisingly to build a new vision of humanity’s future.

But even in the face of extinction, people are still people. We won’t all share that vision of the future. This frames the game’s greatest challenge: how far will you go to prove yours is right? But Frostpunk’s new expansion, The Last Autumn, shows a way beyond ego. That even in desperate circumstances, through care and cooperation, we can still build hope.

Only ninety workers are approached about the job – a strange project building something in the far north – but since global cooling affected the world economy, work has been scarce, and they all accept. They land on a barren shore far from home and family to find an empty camp, scattered supplies, and a seemingly bottomless pit, cored from the earth.

Here, they are told, they will build a marvel of engineering: a colossal generator, humanity’s last hope against climate change. Many scoff at this supposed ‘climate science’, some believe it, and most are simply happy to be getting a pay-cheque. But as the days grow colder, the hours longer, and as news reaches them of chaos and panic back home, a new reality starts to dawn. 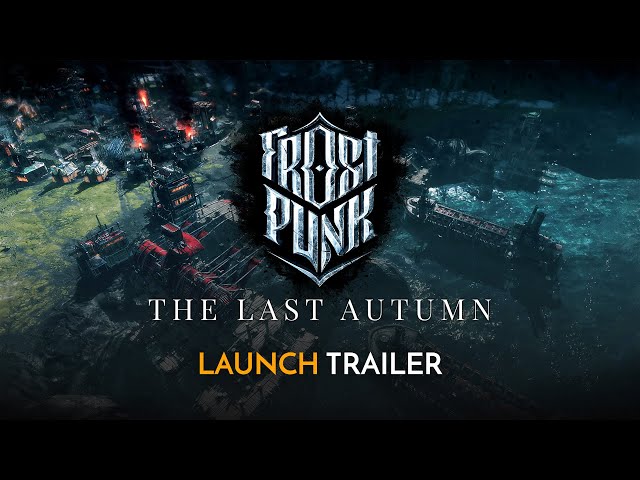 None of us chose climate change, the warming caused by the accumulation of greenhouse gases in our atmosphere, but its effects have become irrefutably clear as our new reality. Last year, due to a hotter dry season and slash-and-burn agriculture, 3,500 square miles of the Amazon were burnt away. Australia’s bushfires are still raging, having claimed both the lives of 25 people and, according to one biologist, an estimated billion animals, driving many species to the brink of extinction. As recently as last week, a new report on ocean temperature gauged 2019 as the hottest on record, showing that our oceans are heating 40% faster than previously supposed. We’ve been presented with our reality. All that matters now is how we respond.

Whether confronting reality gets people to change or not, it will still affect all of us

In The Last Autumn, people react in a variety of ways. Some want to abandon the project, returning home to learn the truth for themselves, others want only to be with their families, but most want to stay and finish this final monument, seeing in that incomplete generator a possible future. As overseer of the project it is your responsibility to make that happen, but also to look after your workers. Motivation is a key mechanic in this — you don’t sacrifice people for progress, because it’s probably impossible to finish the generator without a decent level of Motivation. 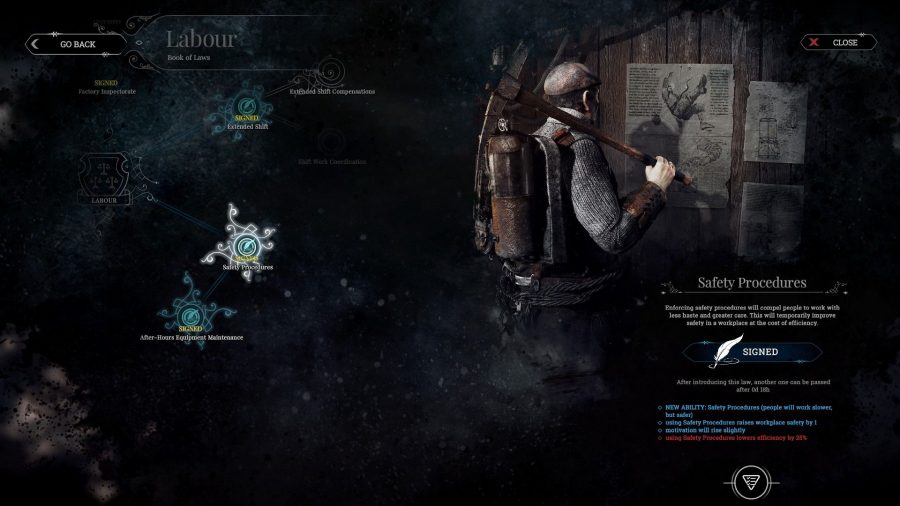 As with the base game’s Faith and Order systems, laws can be introduced favouring workers or engineers, which can draw players down opposing paths. At the extreme end of these lie either unions with absolute power, or the cruelest worker exploitation. But the most efficient way of getting people to accomplish the impossible is by caring for them. Even in the face of climate chaos, The Last Autumn claims that cooperation and empathy are still important.

Just as with Frostpunk, The Last Autumn argues that humanity is always a choice. This last year so many have experienced the harsh effects of climate change, and just like those workers, they were both people who accepted science and acted upon it, and people who didn’t. What matters now more than anything is how we care for and support them. 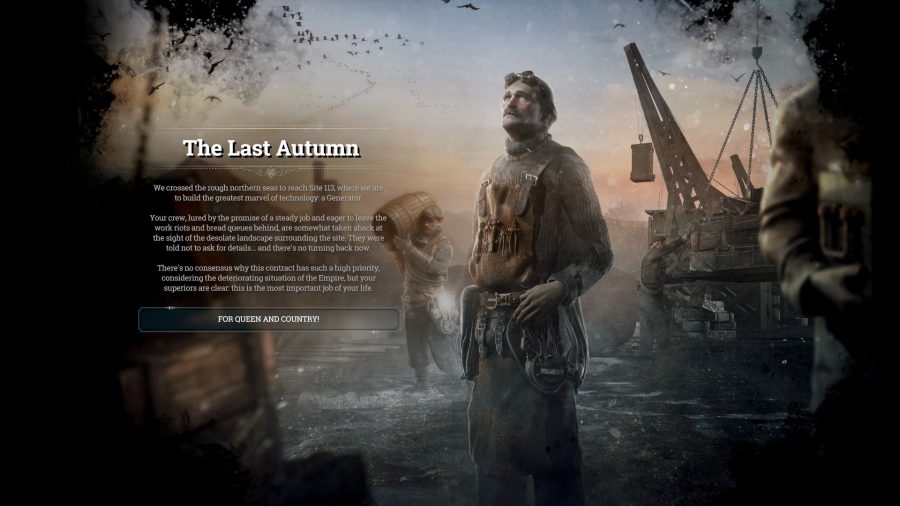 Across the games industry we can see examples of that care: Bungie released its ‘Guardians for Australia’ T-Shirt, half of the profits from which are going to WIRES, an Australian animal rescue service, and the other half to NSW Rural Fire Service. We’ve also seen Humble create an Australia Fire Relief Bundle, of Australian games, with all of the profits going to Australian wildlife charities.

Few characters sum up The Last Autumn’s sense of striving for a collective goal better than Euphemia MacLachlan. Despite the fact that she’s the youngest engineer working on the generator project, she never gives up, no matter what hardships she’s faced with.

While these initiatives are heartening, they’re only treating the symptom rather than the disease. If governments can’t be made to enact radical policies to repair the climate, things are only going to get worse.

The Last Autumn imagines a world in which the worst effects of climate change aren’t necessarily preventable. It strikes close to home because it reflects our human tendency not to act until we are forced to face reality. But what it does even more successfully is show us that in the end none of that will matter. 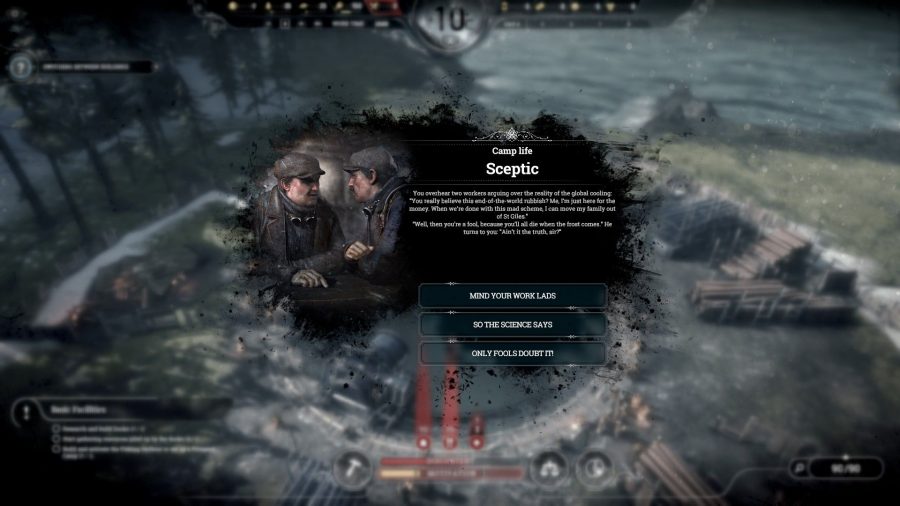 Regardless of whether confronting reality will eventually motivate people to change or not, that reality will still affect all of us. And in the face of such desperation and hardship, The Last Autumn argues that we must strive to care for and support each other, whoever we are. Because no matter how mismatched, how beset by difficulty, or how disinterested in being there, its people accomplish great feats when they band together in understanding. Only together do they begin to find their way back to certainty.