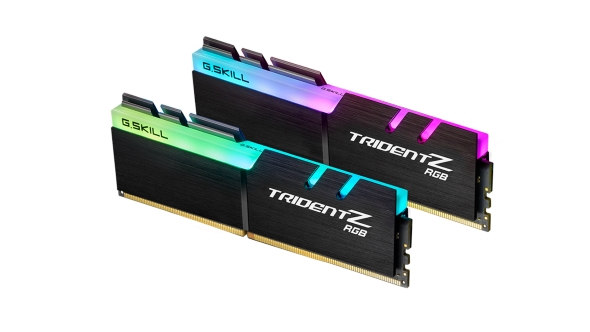 For the first time ever, G.Skill have managed to break the 5GHz barrier on a dual-channel memory kit under only air cooling. However, you’ll have to wait a little longer for retail kits at these blisteringly fast speeds.

No matter your memory speed, you’ll need a quality mobo. Here are the best gaming motherboards of 2018.

Only shortly after 5GHz became an achievable goal for modern CPUs on the reg, G.Skill have achieved similarly lofty clockspeeds on a kit of their dual-channel DDR4 memory.

5GHz clockspeeds have long been the realm of liquid nitrogen, which often causes unwanted results – such as near-imminent component death. Also, most overclocking scores rely on only single channel memory.

G.Skills testing was carried out on their Trident Z 4700MHz kit (which launched in January), MSI’s Z370 mini-ITX motherboard, Intel’s Core i7 8700K, and a memory kit fitted with Samsung’s popular B-die chips – which are held in high regard due to their high memory frequency chops. I have no doubt the Trident Z kit’s RGB lighting also played a crucial part in the record breaking feat. 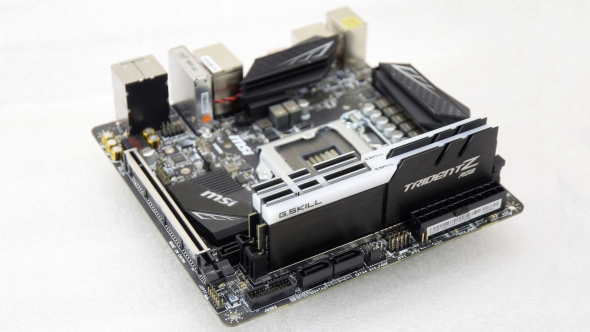 G.Skill managed to push the 16GB kit an extra 300MHz from its rated spec of 4.7GHz, while relying entirely on stock Trident air cooling. The memory was running dual-channel at 21-26-26-46 timings and 1.45V. You can check out the CPU-Z validated results here.

“Previously, the 5GHz memory speed is only achievable in extreme overclocking and in single-channel,” Tequila Huang, vice president of G.Skill, says. “We’re excited to share that we’ve been able to achieve the 5GHz memory speed in not only air-cooling conditions, but also in dual-channels. This is a major milestone for us. We will make every effort to bring this specification onto the consumer market, and bring the experience of extreme performance to worldwide users.”

A 5GHz memory kit is still not quite on the cards for consumers just yet, evidently there’s a ways to go on that front, but this record-breaking practice certainly shows potential for a consumer version. G.Skill hope to bring these speedy kits to market sometime in the near-future, but with the price of memory sky-high at the moment, I’m not sure I could stomach the potential cost.