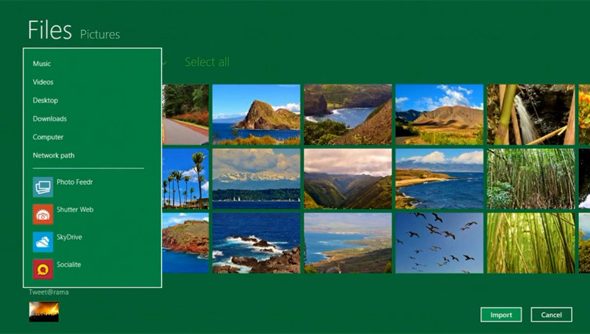 Valve’s Gabe Newell slammed eyeballs at yesterday’s Casual Connect videogames conference in Seattle, reports All Things D. “Your eyes are troublesome buggers,” he said, sighing with what could only be sheer ocular disdain. He was talking about the future of wearable computers, which is almost indiscernible from having a mental breakdown. Valve’s $70,000 “system” allows him to peer around rooms and overlay information on to objects, a bit like new Sherlock Holmes does it. Gabe also championed open OS Linux while taking a swipe at Microsoft’s latest OS, branding the closed-off Windows 8 a “catastrophe for everyone in the PC space”. Ouch!

The comments came in a discussion about Valve’s reliance on open platforms, which has inspired their recent move to bring Steam to Linux. “In order for innovation to happen,” explained ex-Microsoft employee Gabe, “a bunch of things that aren’t happening on closed platforms need to occur. Valve wouldn’t exist today without the PC, or Epic, or Zynga, or Google. They all wouldn’t have existed without the openness of the platform.

“We are looking at the platform and saying, ‘We’ve been a free rider, and we’ve been able to benefit from everything that went into PCs and the Internet, and we have to continue to figure out how there will be open platforms.’”

Gabe went on to discuss Valve’s Linux strategy, describing the move to bring Steam to the open operating system as a hedging strategy against the eventuality of PC manufacturers exiting the market.

“We want to make it as easy as possible for the 2,500 games on Steam to run on Linux as well,” Gabe claimed. “It’s a hedging strategy. I think Windows 8 is a catastrophe for everyone in the PC space. I think we’ll lose some of the top-tier PC/OEMs, who will exit the market. I think margins will be destroyed for a bunch of people.”

Valve’s apparently been snapping up Linux developers over the past six months, too, with Linux developer Michael Larabel claiming after a visit to their Seattle studios that “[Gabe Newell’s] level of Linux interest and commitment was incredible while his negativity for Windows 8 and the future of Microsoft was stunning.”

A damning forecast for the future of Windows 8 in gaming then, from one of the industry’s most astuteweathermen. Read the full thing on All Things D, and wonder for the safety of your eyes as Gabe’s power and might grows.