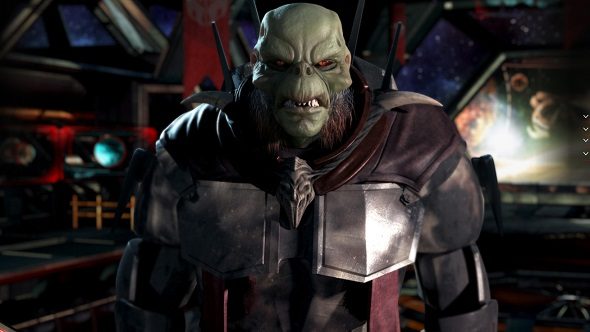 Adding in the new Starbase Administrator resource, as well as improvements to the diplomacy system, its UI and general game balancing, developer Stardock have released the mammoth version 2.0 update for space empire simulator Galactic Civilizations III.

The Starbase Administrator is a resource now required to create Starbases, with Administrators being in limited availability to allow small empires to thrive without the constant expectation to constantly crank out Starbases. “Version 2.0 is the culmination of many months of working closely with our community on the kinds of features players like but often don’t get a lot of attention,” said Stardock CEO Brad Wardell when discussing the new version. “The diplomatic AI is more sophisticated and plays a lot like a human would both in terms of trading and how they deal with the complex web of foreign relations. We also added a new concept called administration that is designed to let players have smaller empires that are competitive.”

Version 2.0 adds a new AI system called “redlining”, where NPC civilizations will consider diplomatic deals by itself, before asking for feedback from the player to determine its future diplomatic decisions. While this sounds rife for exploitation, it could prove an interesting system where you can deliberately mislead enemy civilizations in order to benefit your own empire.

There are a whole host of UI tweaks, changes to the in-game Ship Builder and bug fixes which can all be checked out by reading the official version 2.0 changelog here. To celebrate the release of version 2.0, the Gold edition of Galactic Civilizations III is almost 75% off on Steam until January 30, so if you are at all intrigued by the possibility of galactic conquest, now is the best time to look. The Gold edition includes all of the game’s current DLC plus its soundtrack and would usually cost upwards of $110/£80.