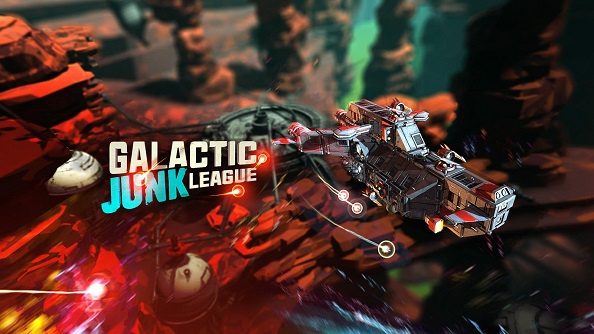 While it may well be the final frontier, it turns out that space is also populated by mounds and mounds of rubbish. How did it get there? Who knows, but what you can do in free-to-play space shooter Galactic Junk League is use that trash to build a ship worthy of exploring the galaxy in; whether that’s a precision engineered battle cruiser or, uh, a giant hot dog shaped vessel (we won’t judge). Once your ship is assembled, the only logical thing to do is to take it and pit it against rival players in the game’s PvP arena for a chance at winning upgrades and material for your beloved trash-mobile.

We’ve got 1,000 starter pack keys, worth $15, to give away, and all you need to do to get one is enter via the widget below. The starter pack contains a premium ship, the ‘Orion’, 300 space credits, 3 days of premium account access and a bunch of match reward boosting items. The giveaway is first-come, first-served, so make sure you get in quick!

Once you’ve entered and got your key, you’ll need to follow these instructions to redeem:

If you want to stay informed about our latest giveaways just head over to Facebook and give the PCGamesN page a like.