The good thing about game engines is that they’re self-explanatory. Everyone knows what an engine does: it powers a machine. In games, an engine is what developers start with and build around. It’s what makes their games go brum. It’s easy to understand.

Read more: the very best PC games, in any engine.

Or is it? Epic describe Unreal Engine 4 as a “suite of creation tools.” Unity, in its 2017 incarnation, is pitched as a way for artists to create games without the help of engineers. When John Carmack and co. were still interested in licensing id tech – back before Bethesda made it their in-house engine – they tended to sell it as a “rendering solution,” focusing on its ability to generate nice images on-screen with a minimum of sacrifice in performance.

Game engines, it turns out, are amorphous things that can mean something different to each project. And yet we talk about them like we know everything about them, all the time.

Information can be scarce when a new game is announced. Frequently, the engine a game runs on is one of the few key facts a developer or PR will tell us. Perhaps it’s the only thing they feel comfortable saying, with so much else subject to change over the course of early development. Consequently, news posts have a habit of forefronting the words CryEngine, Unreal, and Unity.

Games engines appear, too, in the splash screens of our favourite games – even when that’s not a stipulation of the engine’s creators. That gives them a sense of import, and it’s tempting to associate great games with their engines, and vice versa. We carry those preconceptions around with us and start to form opinions.

Okay, game journalism, here is a thing that you have fucked up for game devs, and you need to repair the damage: Stop talking about engines. pic.twitter.com/q4Reaer5xc

Make no mistake: Unity is very popular with game developers right now, and undeniably produces good results in the right hands. It powers Hearthstone, Cities: Skylines, Kerbal Space Program, and Pillars of Eternity. But through a combination of things they have read, watched, or played, this particular Steam user above has concluded that a game made in Unity cannot be good.

Should we stop covering which games use what engines to prevent further confusion? I don’t think so.

I talk to developers about Unreal Engine 4 every week for our Making it in Unreal series, and they often engage in arcane talk of meshes, arrays, and mystery acronyms like UMG (a user interface tool, since you asked). It’s tough stuff to learn, and it’s even harder to convey in a friendly way in an article.

And yet: that’s journalism, isn’t it? Journalism is about making complex information accessible and understandable to everyone. It’s about parsing some very difficult ideas, and then passing them on so that they no longer belong to the few. 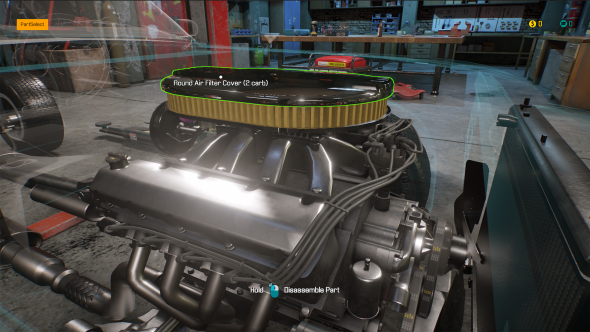 Even if that process is clumsy and imperfect – as in those instances when I express something in great length and detail that must seem blindingly, hilariously obvious to developers – it’s important. Because to do otherwise is to give up on the idea that players can hope to understand the way their favourite games are made. To do anything else is to retreat into elitism – throwing up the old barriers between developer and consumer, when social media, crowdfunding, and a new culture of openness seemed to break them down.

It’s not just a wishy-washy ideal. A lack of understanding about the way games are made can have tangible consequences. Sometimes, a game is delayed, and players treat its developers horribly. Misunderstanding over the scope of No Man’s Sky, a game made by a team of less than 20, led to horrendous backlash after its launch.

Nothing excuses toxic behaviour – but if we can’t give players a better view into how games are made, we have no hope of combating that negativity. If developers are content to let players view them as wizards, nobody’s going to get it when the magician has to keep the rabbit in the hat until Q4 2018.

Game engines alone don’t determine whether or not a game is good – that’s what developers do. But they are important, and we’re not going to stop talking about them anytime soon.