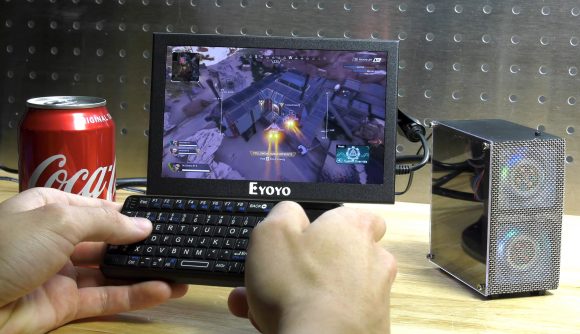 No really, this thing is tiny. We took a crack at putting together some of the best mini gaming PCs, but frankly, they all pale in comparison to the sheer tininess of this PC. However, to get something this small and authentically gaming PC-looking, you need a lot of patience and a lot of craftsmanship.

This “world’s smallest gaming PC” comes from YouTuber Michael Pick who uploaded a video showing how it was built and how it runs games. The screen, keyboard and trackpad combo, and the mini rig itself stand next to a Coca-Cola can for size comparison. Yes, a Coca-Cola can: it’s that small.

The gaming PC itself is smaller than the coke can, and the keyboard looks like something ripped straight off a BlackBerry slide phone. The Eyoyo screen is the most peculiar screen I think I’ve come across, with it looking exactly like a full-fledged monitor, just… incredibly, stupidly small. Judging by the coke can size comparison, this setup would be full-sized if you were maybe one foot tall.

So what goes into building such a miniature masterpiece? For starters, we should probably clear one thing up: it’s not a true gaming rig. This thing can’t power games on its own. It can power a desktop environment, sure, but it would struggle to run games locally. 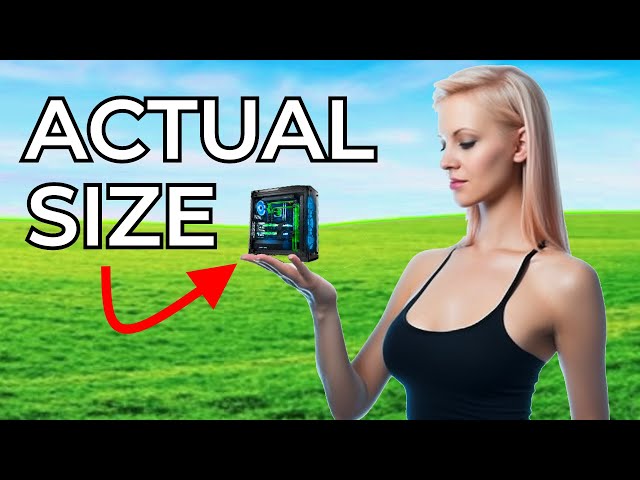 Instead, this little machine runs all its games through Parsec, a game streaming service that lets you either stream from a rented cloud PC, or from your own gaming PC to another device. In the video, this mini PC is shown playing Apex Legends through Parsec.

As for how it was actually built, the YouTube video shows this too. The bad news is it involves a lot of serious craftsmanship; the good news is the only real reason to make such a small PC is to see just how small you can go, and Michael’s already done this so we don’t have to.

The internal hardware consists of a Raspberry Pi 3B+, a small system-on-chip (SoC) that features a quad-core processor, 1GB LPDDR2 SDRAM, a Broadcom VideoCore GPU, and micro-SD storage. The real difficulty lies in crafting a little chassis for the Pi chip – one that looks like a real gaming PC that’s been shrunk down for… well, no reason at all, but shrunk nonetheless.

The case itself is 3D printed and shaped, an SV rail for the two adorable little fans is soldered together, fibre-optic cables are glued in for the front I/O lights, many finishing parts like a fake graphics card and CPU cooler are hand-chopped, -cut, and -filed to make the shrunken PC aesthetic as authentic as possible, and that’s pretty much it.

What’s so impressive about this build is the attention to detail – it even has tiny little rubber feet underneath the chassis. That’s the sort of detail many would miss out, but not Michael Pick. This is certainly the smallest gaming PC we’ve ever come across, and while it’s not very practical (that trackpad looks like a nightmare to game on), it definitely maxes out on those style points.