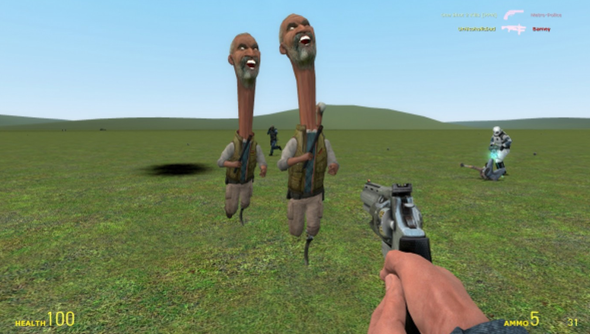 Garry’s Mod has sold more than 6,000,000 copies. That’s a whole lot of folk poking and pulling at the faces of Valve’s characters. Garry Newman, founder of developer Facepunch Studios, is reported to have celebrated the news by buying three fist-sized balls of cocaine and a bouncy castle.

Newman went onto break down the sales figures into a bit more detail.

Garry then split down the sales numbers into platform:

Of course, the Mac and Linux builds of Garry’s Mod came out later than on PC so it’s not an entirely fair comparison but clearly, even accounting for time, the PC has a strong lead.

Recently Facepunch released sales data for both Garry’s Mod and Rust. You can break down those sales by total and by month. While Rust is still a fair way behind Garry’s Mod, it’s making good headway to catch up in the coming years. What really stands out though is that 3 million of Garry’s mod sales came in the past year alone.