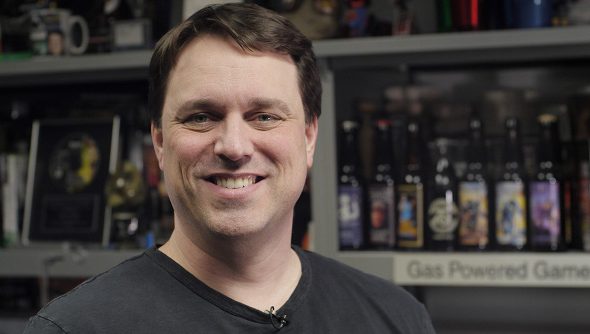 Speaking to Polygon at GDC this weekend, Chris Taylor, CEO of Gas Powered Games, announced that his studio were working on a “free-to-play, triple-A MMO with PvP” after their purchase by genre masters Wargaming. He also confirmed that work on Wildman, the game that he was hoping to crowdfund and his team had worked so hard to save, had halted. In spite of this, he still had a lot of positive things to say.

Taylor described the purchase as “a developer acquiring a developer” and said that it had given him the chance to re-hire more than twenty staff who had been laid off during the difficult Kickstarter campaign, bringing his team up to thirty. He addedthat his company had provisionally been renamed to Wargaming Seattle, though that name isn’t yet set in stone.

Wargaming, who announced their intention to purchase Gas Powered Games on February 14, are no strangers to buying up other developers and haven’t been shy about breaking their wallets open. In January they acquired Day One Studios for $20m and last year they bought middleware firm BigWorld, who are responsible for much of the technology that makes World of Tanks work, for an impressive $45m.