The artist behind the tabletop game Tales from the Loop, Simon Stålenhag, has voiced his concern over the stylistic similarities between Generation Zero and his own work since the trailer dropped a couple of weeks ago.

Stålenhag began venting his concerns in a tweet shortly after a trailer for the survival multiplayer title was released, suggesting that “every time [developer] Avalanche releases a Generation Zero trailer, I have to answer questions about if I was involved or if they ever talked to me about it.”

For those who don’t know, Tales from the Loop is a pen-and-paper RPG that features huge robots, quaint Swedish suburbs, and a host of weird looking animal monster… things. Pretty much all of this shows up in Generation Zero, so you can understand why people are asking about Stålenhag’s involvement.

He went on to clarify that it’s not the act of taking inspiration from his work that bothers Stålenhag – indeed, he feels modifying art with your own twist is “vital.” No, the issue for the artist is that he has reason to suspect Avalanche knows his work, and hasn’t offered him any acknowledgement for it.

Avalanche is based in the Swedish capital Stockholm – the same town as Stålenhag – and he mentions that Emil Kraftling, Generation Zero’s director, follows him on Twitter. So you can see why he might assume Avalanche is familiar with – and possibly influenced by – his work.

Kraftling, however, denies this. Contacted by Eurogamer, the Gen Zero director says “his [Stålenhag’s] work has not been the motivation for—nor the inspiration behind—why we decided to create it.” 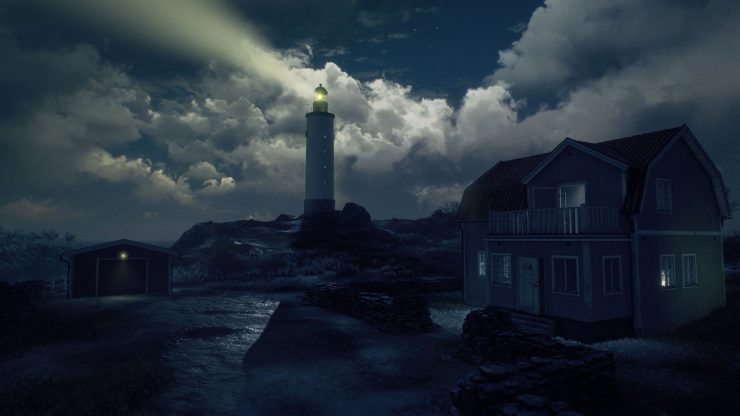 Asked about the game’s setting and inspiration (though not explicitly about Stålenhag) by PCGamesN at Gamescom last week, Generation Zero executive producer Tobias Andersson also omits the artist in his answer:

“The eighties is the era when we grew up. Many of us in the development team are that old, so we have nostalgic memories and it’s romanticised. We wanted to do something with that in mind, something to do with that subculture we grew up in, the movies from that era, the TV series.

“So it’s actually an untold era in Sweden’s history. What happened around then with the Cold War ending, and Sweden being in a position where the big powers in the world were threatening. We built a lot of military defences back then. So that was the world we grew up in and it’s where we could spin a narrative from for this game.”

Every time Avalanche releases a Generation Zero trailer, I have to answer questions about if I was involved or if they ever talked to me about it. It’s getting tedious – why don’t @AvalancheSweden answer this time? https://t.co/B2aAZ8yHJB

Any fans of Stålenhag can make up their own minds soon – Generation Zero will be holding a closed beta this year before its full release at some point in 2019.