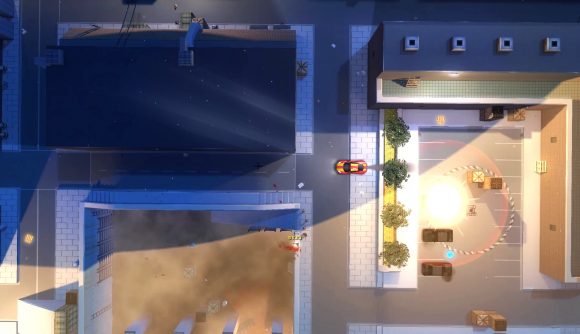 Geneshift got a sudden boost in notoriety last year when it briefly went free on the Steam. That 48 hour promotion attracted a big number of players – but it also brought in a few hundred thousand bots which aimed to idle for trading cards and make a few cents on the Steam market. That surge made Geneshift the tenth biggest Steam game of all time (just behind the For Honor player count) – and a similar thing is happening again.

Valve disabled Geneshift’s trading cards after it became clear so many bots were taking advantage of the giveaway, and the player count quickly dwindled afterward. In a Steam forum thread, players noted that card drops returned on January 14. On Steam Charts, you can see that day had player counts shoot from about 10 to 114,920.

You’ll see another note in that thread that cards are back again as of a couple days ago, and the numbers show another unusual bout of activity shortly afterward – though certainly well below the 100k mark. Steam’s army of trading card bots clearly has a long memory and instant reflexes.

Geneshift is a top-down shooter created in the mold of Grand Theft Auto 2, devised and created by a single developer by the name of Ben Johnson. Johnson started work on his passion project while traveling abroad and the game slowly took shape over nine years of work.

In December, Johnson added a battle royale mode to the game, and unleashed his creation on Reddit, making the game free for a limited time. The post exploded, earning a whopping 65.8K upvotes and hitting the front page of r/gaming.

Johnson was stunned to see just how many players had dropped into his game and it wasn’t long before his servers were crashing under the weight of all the new players. The game now sits at tenth among Steam’s most played games, boasting a peak of 213,182 players, but perhaps not for the reasons he hoped.

Read more: These are the best indie games on PC

Some players were confused by this and have left negative reviews for Geneshift, but this could be seen as a small price to pay for all the extra publicity Johnson’s shooter has gained as a result.