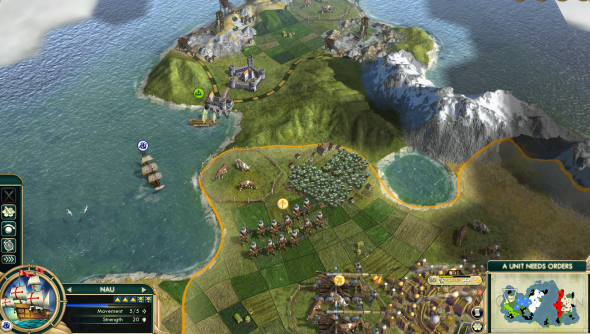 A new video has popped up from Firaxis, giving viewers all the concise information they could possibly need on trade routes. Such routes just happens to be one of the new features in Brave New World, the next expansion pack for Civilization 5.

Trade routes have the potential to be long and dangerous missions, but the massive rewards of gold are probably worth risking a boatload of men for. International trading will doubtlessly expand your empire, as seen in examples from your Victorian British Empire history classes all those years ago. Tourism will become a key factor too, as seen in examples from your recent trip to any seaside town.

We will get to explore this Brave New World on 12th July in the UK, and July 9th in the US.