It’s been a while since I visited Ghost Recon Breakpoint’s island of tech-savvy paramilitaries, but now that Ubisoft is adding AI teammates – a handy feature for solo players that have been much in demand, given that they were present in predecessor Wildlands – I look forward to some good ol’ fashioned banter and joyous camaraderie enlivening my once lonely trek across Auroa.

I admit to having been fascinated by the dialogue in Breakpoint ever since launch, and can be overheard whispering the lines under my breath as I play. Which, thinking about it now, probably sounds quite sinister: *whispers* “Light ’em up,” *cackles* “Give it to ’em”. It’s a reflection of just how out of place the dialogue feels in Breakpoint – something for which we also criticised Wildlands – and now three new AI teammates have arrived, there’s ample new opportunity to demonstrate this recurrent shortcoming for the series. On a stealth mission, I’m forced to take the lead and instruct my teammates to either stay or go, while they yell “a bad guy!” at me when an enemy appears. I take one said ‘bad guy’ out and am rewarded with “Holy shit, nice shot boss!”. Yes, it does make me feel validated. I am good at this game, woohoo! Bad guy go pewpew.

My new buddies are described as being the deadliest around. Deadly? Dead inside? Deadpan? All of the above? My ability to personify even the most inanimate object can’t stretch to being able to connect with my new team – Fury, Vasily, and Fixit – even though you can customise each of them in appearance, gender, and loadout. They don’t have any personality – it’s a simulacrum of camaraderie, like I’ve paid a bunch of anonymous actors to follow me around shouting encouraging things, and perversely makes the jaunt around Auroa feel even more lonely. At least you can toggle them on or off at any time.

The good news is, they are super deadly and effective. So deadly in fact that I can go long stretches without having to fire any bullets, and can instead instruct my new companions to clear out clusters of enemies while I take notes. There are various orders you can give your teammates, including: go to a location, regroup, cleared shot, and hold position.

I have a lot of fun with cleared shot, watching the chaos unfold as I watch (loot) occasionally dipping in to help a fallen teammate out. I have problems with ‘go to’, as my new teammates move as a unit and cover that can hide them all is hard to come by: it’s a stressful business preparing an ambush as I watch my squad of three full-grown humans storm towards a single slim tree. 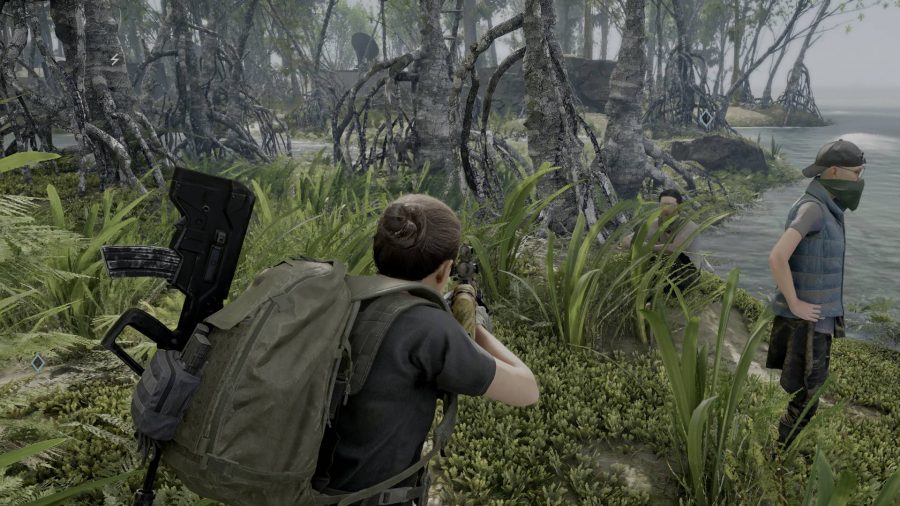 Breakpoint’s coming update also includes a live event called the Resistance, which brings nine missions exploring the rebel uprising across Auroa. The new event develops the story nicely: using a radio in our home base of Erewhon, I was able to communicate with the rebel leader Harui Ito, and complete small missions to strengthen the resistance on the island. It’s gratifying to see the people come together like this and to see Auroa through the eyes of passionate locals rather than disgraced Skell Tech employees. The change in perspective puts a pretty, rather than bleak, spin on the island.

your clumsy yet invisible teammates destroy any sense of tension

Breakpoint recently added an ‘immersive’ mode which does away with gear score, providing a more authentic, tactical experience, though you can also tinker with a range of settings relating to gear, loot, health, injuries, the HUD and much more in ‘custom’ mode.

I’m a big fan of immersive mode when playing solo – it cranks up the challenge in missions and generally tunes Breakpoint to be more of a survival game, at which it shines. As long as you’re solo. Not having to worry about a gear level is another huge benefit – I can find guns laying around and think, ‘yeah, let’s give it a go’, instead of spending time and money on weapons that will soon expire. 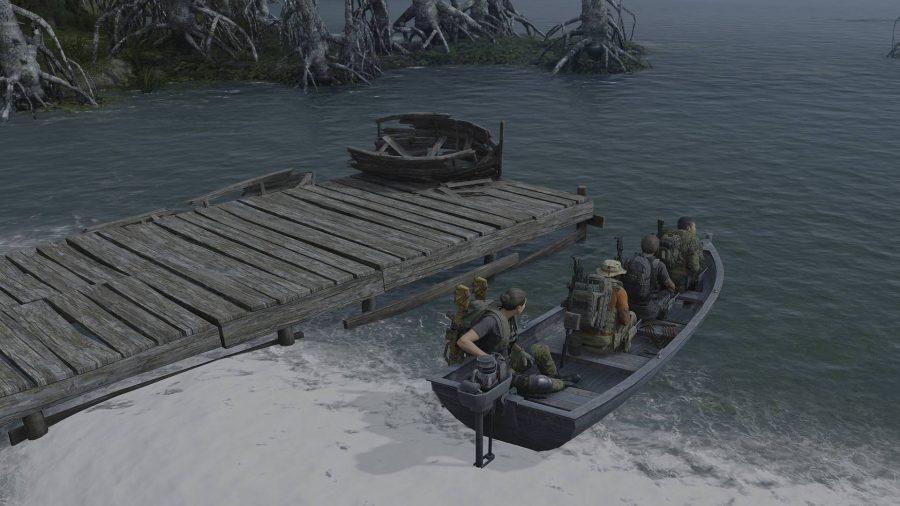 Again, I’m playing solo: switching on AI teammates detracts from the intensity immersive mode creates. For example, I’m swimming towards a target I need to take out quietly, taking care to make the barest disturbance in the surface of the water, chest tight with anticipation, when I hear a massive splash behind me and turn to see my teammate thrashing out a noisy doggy paddle. This is far from the only instance of blundering teammates ruining the atmosphere and although teammates react to your actions – whether that’s crouching, going prone, or running full pelt towards the enemy – they are hardly inconspicuous. I don’t know whether it’s a good or bad thing that the NPCs remain unphased, reacting only if I make a noise: the alternative would be massively more frustrating, but there’s no question that your clumsy yet invisible teammates destroy any sense of tension that the Ghost experience creates. 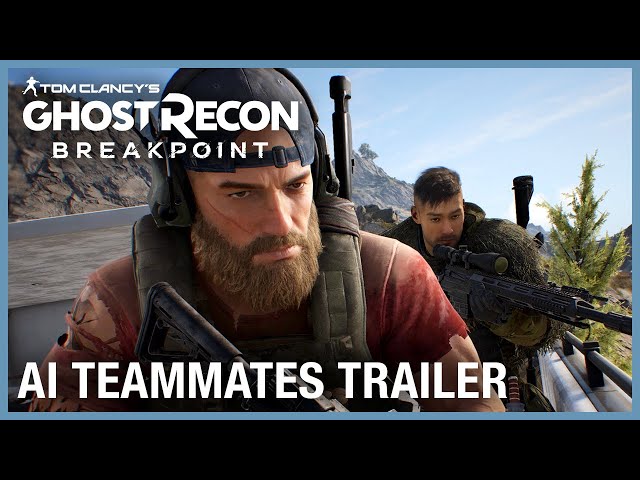 It does feel like once again Breakpoint is trying to be many things. I think I’d be happier with one well-drawn companion that I could bond with, but the three teammates you’re given move as one mindless unit and no amount of customisation seems to bring them to life. Immersive mode is a big step towards Breakpoint finding some sense of identity – though it’s very much not complemented by your vapid new teammates – while Custom mode opens up a range of new playstyle options. You can make it difficult for yourself, or you can just send in the cavalry and pick off bad guys while your new ‘yes’-people chant words of encouragement: “now you’re just showing off”.