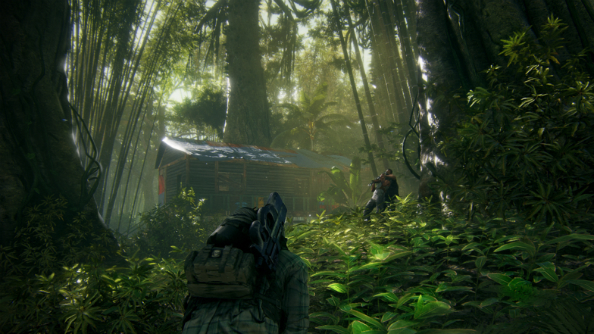 The second DLC for Ghost Recon Wildlands is out soon, acting as an epilogue after the fall of the Santa Blanca Cartel. The country is now gripped by civil war and American agents are being hunted across Bolivia.

If playing with pals is your thing, check our list of the best co-op games.

Unidad – the police force, not a mature take on Unilad – have enlisted ex Cartel members, veteran soldiers, and various other bad dudes to seek out and eradicate the US forces. This special unit, Los Extranjeros, are sweeping the landscape, and it’s up to your crew to extract your allies before they find them.

You begin the mission in a jungle, after your chopper is shot down en route to the mission. External support is gone, so you’ll have to rely on your wits, rather than vehicle drops and aerial bombardments.

Ubisoft have revealed details on the four elite classes of new enemies you’ll be facing:

You’ll be facing this fancy tech across 15 new missions in three fresh regions, starting the DLC with a character at level 30, though the level cap is extended to 35 for the expansion. You’ll also unlock a bunch of new skills and equipment, including six exclusive weapons.

It’s out on May 30 for Season Pass holders and June 6 for everyone else.