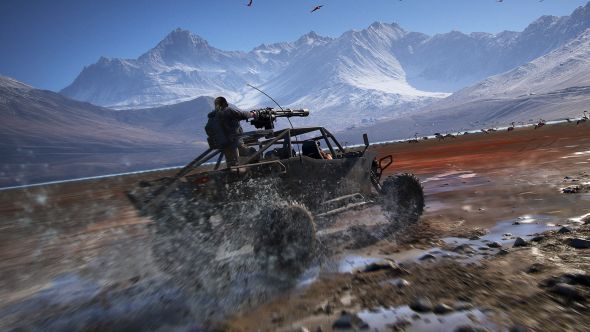 Twitch Prime’s March rewards have been announced, and they include a skin pack for Ghost Recon Wildlands. Oh, and if you’re interested, you can play it totally for free right about now.

For the Ghost Recon Wildlands release date, and everything else we know, click there.

Here’s what’s coming with Twitch Prime, while details on the open beta are below: 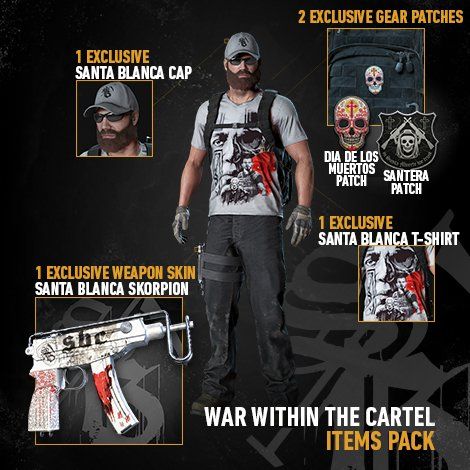 No word yet on how you’ll actually grab the items, but assuming your Amazon and Twitch accounts are linked they’ll let you know when the time comes. Details on all that over on the official site.

Final release for Wildlands is scheduled for March 7.

Original story February 21, 2017:If you’re in for the Ghost Recon Wildlands open beta, you can grab it off uPlay now. Those of you who had access to the closed beta and still have the client installed will receive a relatively small update. Then it’s off to the cartels.

To get it going, open up uPlay and hit the big ol’ banner, then it’ll start downloading. It’ll need 23 of your finest gigabytes, plus a little change, and then be good to go. Here’s when you’ll actually get to play:

The whole thing is co-op, and better experienced that way too, no doubt. There’s a new, much harder area to explore versus the closed beta, so bring the friends you’re closest to so it takes longer to get sick of them messing up.

Before all that goes live, there will also be a livestream tomorrow night at 6pm CET / 5pm GMT / midday EST / 9am PST over on the Ubisoft Twitch channel, discussing what’s new and doing some number of giveaways. The official site has a tad more info if you’re after it.