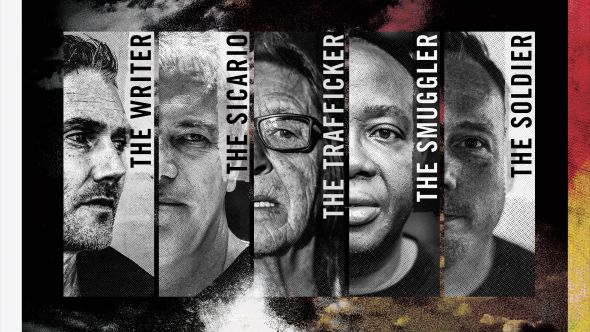 One of the stranger marketing tie-ins in recent memory – and there’ve been a lot – is coming full circle, as Ubisoft’s documentary on the South American drug trade is finally out, even if it comes quite a bit behind the release of Ghost Recon Wildlands.

Check out the best co-op games on PC.

The feature-length documentary, simply titled Wildlands, is available now on Amazon Instant Video, Amazon Prime, and iTunes, and features the real-life stories that inspired the making of the game.

The documentary was originally slated to launch in March alongside the game, but director Colin Offland says the delay was to preserve the film’s integrity. “When we finished the original edit, we felt that there were a few loose strands connecting the past to the modern-day cocaine trade and it was a key decision to delay the launch and protect the integrity of the story that we wanted to tell. For the first time as a viewer, you can see an abridged, true depiction of the birth and proliferation of the cocaine trade.”

It’s interesting to see the documentary finally come to fruition, particularly given that the game’s own depiction of reality was dreadful enough to sink most of its strong points.

Update February 2, 2017:Ubisoft’s marketing boss has spoken about what inspired the decision to make the Wildlands documentary.

Earlier this week we heard that Ubisoft were making a serious, feature-length documentary exploring the drug trade in South America as a kind of marketing stunt for their forthcoming squad shooter, Ghost Recon Wildlands. As marketing stunts go, it’s rare – perhaps unique – and must’ve been pretty expensive. Ubisoft’s UK marketing director, Mark Slaughter, has spoken about what drove the decision.

“As our audience viewing habits change, how we engage as brands also changes,” he says. “Our marketing should reflect that.

“This is the wonderful nature of the videogames industry. We are already seeing amazing campaigns, which constantly look to push the boundaries with innovative concepts – whether that’s through video content, feature films, novelisations of franchises or, in our case, a feature film documentary.

“I fully expect us, as an industry, to continue this trend and lead the way in taking marketing to new levels.”

If you’re worried that a serious issue which disrupts millions of lives across the developing world is trivialised by its documentary being part of a game’s promotion, the Ubisoft marketing team and the Wildlands producers are keen to emphasise that the project is authoritative and respectful. Slaughter stresses thatthey “set out to create a truly compelling piece of content, which could stand alone alongside any documentary in its genre”.

Ubisoft have done more than most to push into media beyond gaming, with the Assassin’s Creed movie releasing earlier this year and many more projects in novels and comics. The step into non-fiction is a new one, though; maybe we’ll see documentaries on the viability of Mass Effect’s fictional science, or the mythological inspiration behind the next epic fantasy IP. 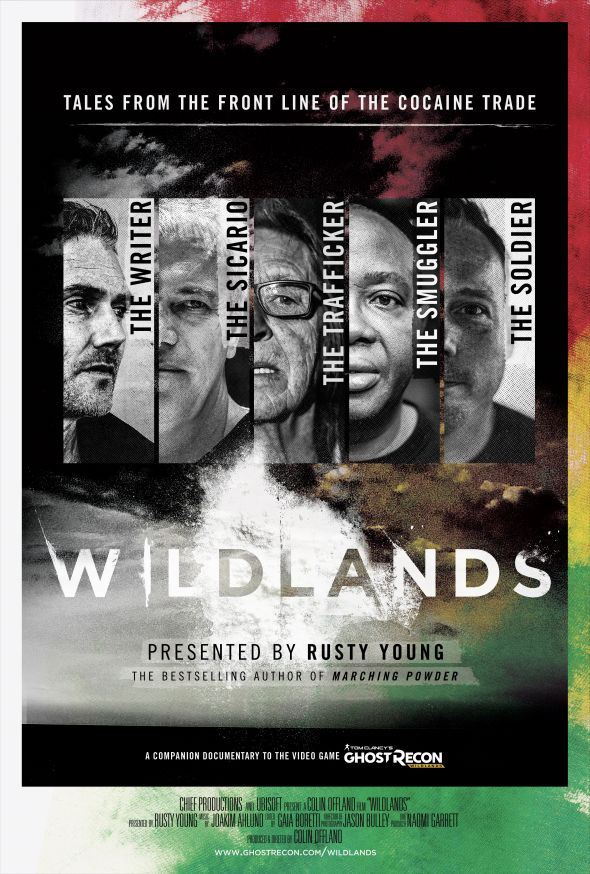 Original story January 31, 2017:In a tie-in project of rare ambition – and worth – Ubisoft have made a feature-length documentary on the drug trade in South America, which they claim will offer “one of the most revealing insights to date” on the subject. It will showcase the real stories behind the forthcoming Ghost Recon Wildlands, and is due for release on March 6 – the day before the game is due.

The documentary explores the real-life stories of the figures who have been at the heart of the war on drugs for the past thirty years. It is narrated by Rusty Young, author of Marching Powder, a memoir of a friend’s experiences in a Bolivian prison.

Young travels from Bolivia to the USA, interviewing those on both sides of the law who shape the cocaine trade: from coca farmers, through the drug supply chain, to the real-life special forces who fight the war on drugs in the most literal sense (as you will, if you pick up the game).

Among the interviewees are George Jung, a major player in the cocaine trade during the 70s and 80s, whom Johnny Depp played in the movie Blow; Adam Newbold, a former Navy Seal with over 20 years of combat experience; and Tomas McFadden, a former drug trafficker and subject of Marching Powder.

“We spoke to the people who know the drug trade better than anyone else,” says Colin Offland, the director. “The war on drugs is a complex one and we give viewers unprecedented insight to the people who have shaped this landscape, enabling a better understanding of a global issue which affects us all.”

Ghost Recon Wildlands is a tactical squad shooter set in a near-future version of Bolivia. Exploring an open world based on that nation, you can play solo or co-operatively with up to four friends as you work to liberate the country from the grip of drug cartels. It’s due for release on March 7.