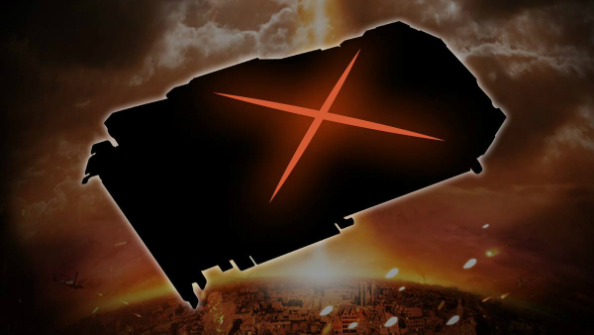 Following NVIDIA’s announcement that pulled back the curtains on upcoming new GTX 1080 and GTX 1070 graphics cards, it’s now time for the third party manufacturers to get involved. Gigabyte have been the first to blink, releasing a teaser image of their upcoming GTX 1080 Extreme Edition, out in June. 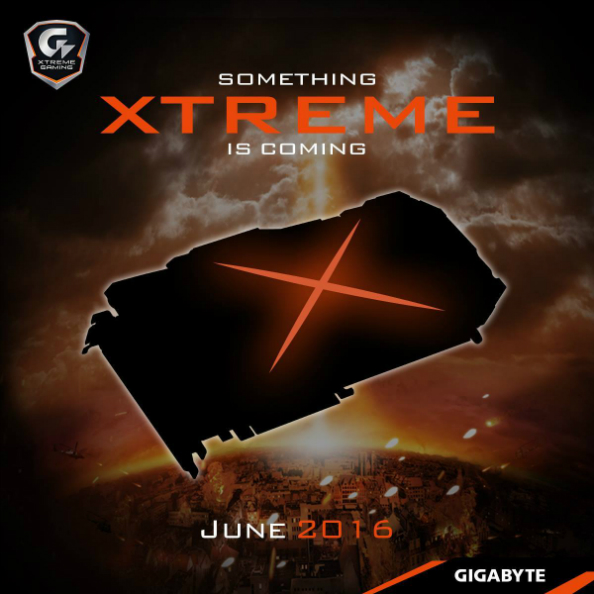 And there the story ends.

…except for this finding by Videocardz, who put a GTX 980 ti Extreme Edition over that black silhouette and found it matched perfectly. That means one of two things: Gigabyte are using the exact same cooler on their GTX 1080 as they did the 980 ti, and the PCB is the exact same dimensions, or they’re using an old silhouette for the time being and hoping no one will notice.

Accuse me of thinking inside the box if you like, but I’m inclined to go with the latter. It’s possible that the cooler design for the 1080 hasn’t even been finalised yet. They have until an unspecified time in June, after all.

When NVIDIA announced their new generation cards, they threw around the term “Founders Edition” a lot. The Founders Edition card is more expensive than the third-party versions such as this above, can only be bought direct from NVIDIA, and feature NVIDIA’s own cooler design. Despite the change of lexicon, there’s absolutely no difference in practical terms between Founders Edition and, simply, “reference.” They’re reference cards, just as previous generations had reference cards. Calling it a Founder Edition makes it sound like something worth paying a bit more for though, doesn’t it?