It’s the season to be spooky and that means games are being updated with ghosts, graveyards, and pumpkin heads. Free-to-play hero shooter Gigantic is no exception, except it’s latest update – titled Season of Souls – isn’t quite as trope-filled as others.

What is in it, we hear you ask – pay attention: Season of Souls brings a new hero, a new map, and a handful of improvements to the play experience. Let’s break it down further…

The new hero is called Ezren Ghal. He’s a caster hero and necromancer, which means he uses his powers to damage opponents from a distance, collecting souls to restore life and turn them into new abilities. As to the new map, it’s Ember Grove, and brings a dense and mysterious battleground to Gigantic – it’s anicent and home to bugwitches, with plenty of nooks, crannies, and verticality to encourages you to outmanoeuvre your opponents.

As to what else is in Season of Souls, here: you can choose your player icon, chat extended to the hero confirmation phase, skins for Ezren Ghal, improved bot matches, shop UI updates, and new hero interactions during battle.

We’re not just here to tell you about this new update, however, as we are holding a giveaway to mark the occasion too. We have 100 codes for Voden’s new Desolation skin, which looks like this: 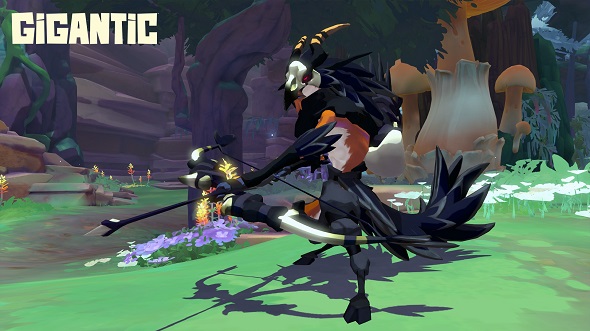 And, for ten of those lucky winners, we will be giving away the new hero Ezren Ghal himself, so you can check out the necromancer and his deathly powers right away. You can see him in the picture at the top of the article. What a charming bloke.

Now, to enter the giveaway all you need to do is use the widget below.Every action you complete is worth one entry into the giveaway, and the more actions you complete the more chance you’ll have of winning.We’ll also need your email address so we can send you a code upon winning – we won’t send you spam, we promise.