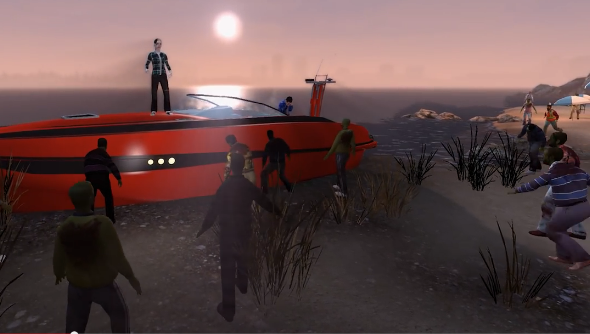 Goat Simulator has had a go at making fun of other genres before, taking aim at World of Warcraft for a fantasy-themed expansion. The latest bit of DLC for the game – GoatZ – is this time poking at survival games with the big pastiche stick.

“GoatZ is the latest DLC for Goat Simulator and it will be the only survival game on Steam that isn’t in Early Access!” proudly claims the trailer’s description, before reeling off the game’s new features:

Since Goat Simulator is singleplayer don’t expect the free-for-all madness of the likes of Rust and DayZ, but instead something more akin to Don’t Starve. Just with a lot more carnage and game-breaking bugs. And, erm, elephants.

GoatZ releases May 7th on Steam.