One of the more vain hopes you can have as a game journalist is that your work might one day influence a great developer in some tangible way. Maybe you’re the person to ask Tim Schafer, “What colour is the sky in your world?”, thereby planting the seed that eventually sprouts Psychonauts. Or you’re the guy who lends PlayerUnknown a copy of Battle Royale. Whatever.

Related: the BioShock games were pre-production for Gone Home.

This is the opposite of that. This is the story of a very bad game pitch I made to a great developer without meaning to.

Steve Gaynor has directed two games in his time as the head of indie studio Fullbright: Tacoma and Gone Home. In each, you take on the role of a voyeur – digging into the lives of the game’s principal characters, learning their secrets, and piecing together their personalities. It’s a quietly powerful perspective.

“People talk about games being ‘power fantasies’, and that’s pretty true in almost any case,” Gaynor tells us. “Even if you’re not straight up playing a God of War, it can be a power fantasy when you’re playing an adventure game. If you play it right, you’re guaranteed to solve all the puzzles and uncover the mystery at the end.

“When we look at what our games do, it’s not a combat thing, it’s not a solving puzzles thing, but there is this power where we can give you permission to be the person who gets to know everything about what’s going on.” 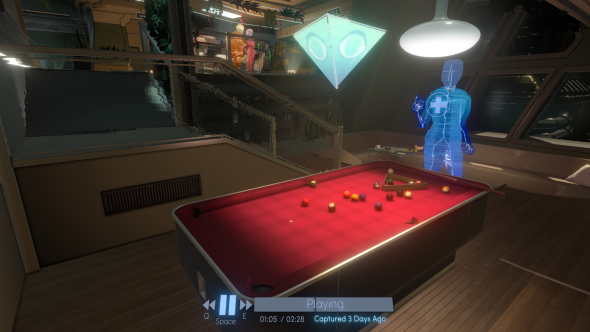 In Tacoma, you’re on a space station with an advanced CCTV system, which is able to play back the movements and conversations of its inhabitants in brightly-coloured augmented reality. Since the people on those tapes are no longer really there, you’re free to explore as an omniscient presence, an unseen witness to the social interactions and upsets of the crew. A fly on the wall, a ghost in the room.

“There’s a transgressive aspect to it, because you’re seeing into people’s private lives and that’s part of what you’re reconstructing and understanding,” Gaynor says. “There’s something about putting the player into a role that, in real life, would have more boundaries to it. But in a game, we can give you permission.”

In both of their games to date, Fullbright have given us that permission by wrapping the player in a convenient fictional foil. Gone Home had you search through a house with all the restraint of a tabloid journalist rummaging through the bins – but cast you as a member of the family, with a reason to be there. Similarly, Tacoma grants you a license to snoop: you’re an investigator sent to reconstruct the events that led to its space station being abandoned. 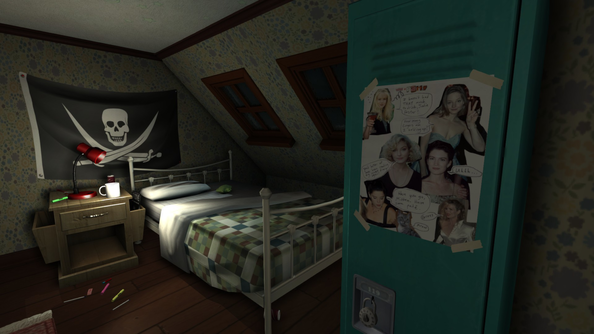 “Part of the game developer’s job is to say, ‘Here is your permission to do the thing that you do in this game’,” Gaynor explains.

But what if they didn’t give you that permission? What if a narrative adventure game, like Gone Home, Tacoma, or Firewatch, put you in a deliberately uncomfortable position? Surely there’s scope to play from a perspective where the transgressive thrill of voyeurism is called into question – to cause the player to feel guilt or disgust, and reflect on their complicity in the power fantasy. Spec Ops: The Line, but for walking simulators.

That was the thought beginning to form in my head as I chatted to Gaynor, anyway. But new ideas, still nascent and nebulous, aren’t always easy to express to their fullest. Plus it was a Friday afternoon. Here’s what actually went down: 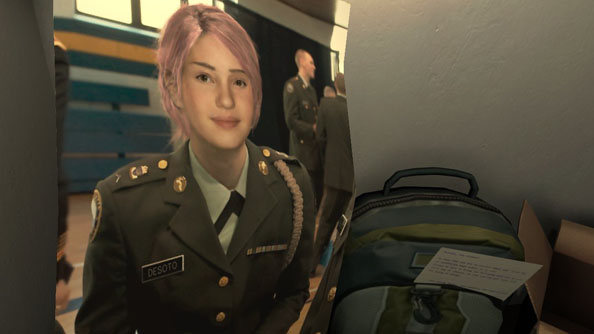 Steve: You have to think about, ‘How am I making the player think this is OK?’. It’s a very different thing to saying, ‘Well, I guess you’re just a weird home invader, looking through some stranger’s stuff’. We don’t want to put the player in an uncomfortable position, even though the mechanics, what you’re doing in a functional sense, would essentially be the same.

Jeremy: Yeah. Although I would be interested in the Fullbright game that goes full-on, ‘You are a disgusting guy, just looking through people’s stuff with no justification. Feel terrible about it’. That would be an interesting one.

Steve: Well, I mean, I’m going back to the studio. And I’m definitely gonna pitch the next game – You’re a Disgusting Guy.

Fantastic. Glad to have left my mark on the industry at last. Even if it is a stain.