Google Cardboard might be just about the worst way to experience virtual reality, but its accessible smartphone-led approach makes it the best VR headset for those on a budget. You won’t find Google’s $15 / £15 goggles on the store any more, however, as Android Police spots that the company has discontinued the hardware in an effort to move away from the VR space entirely.

Although it was initially believed to be a joke, Google Cardboard debuted in 2014 and lasted all of five years before the company took a step back and made development open source. This was shortly followed by the discontinuation of Google’s dedicated VR headset, Daydream View, which had an even shorter lifespan of just three years.

If you missed the boat on Google Cardboard and want in, you’re not entirely out of luck as inexpensive third-party versions that follow the original Cardboard specs are still on the market. You can even take things into your own hands by following this template, which costs you practically nothing but the materials to make it.

All you need to get started is a printer, paper, glue, a pair of scissors, and, as you might’ve guessed, a piece of cardboard. Once you’re done, it should look a little something like this: 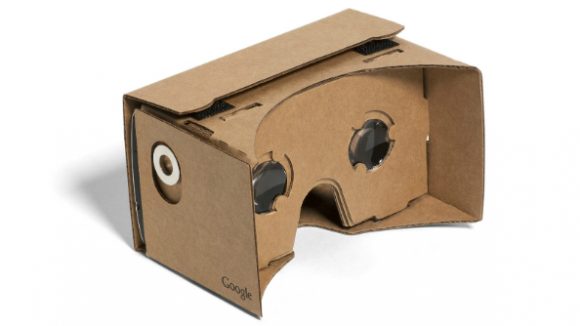 If all’s gone well, simply download Google Cardboard-compatible apps on your phone, slide it in, and you’re good to go.

Google Cardboard wasn’t designed to beat the big hitters over at HTC or Oculus, but its legacy lives on in the various inspired goggles, such as Nintendo’s Labo VR. In the meantime, Google itself seems more interested in hardware-less augmented reality (AR) properties that enhance its comprehensive suite of software, like Google Maps.