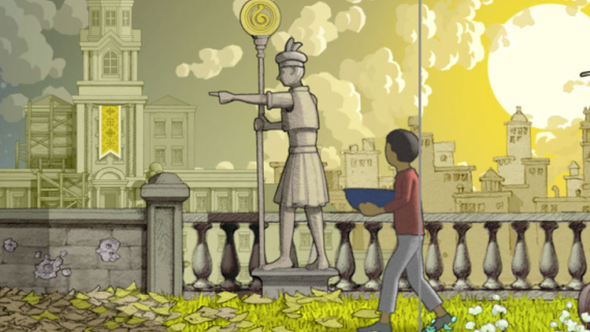 If there is a word that both players and developers utter with equal enthusiasm it is ‘immersion’. Game worlds are something we want to fall into, totally and utterly: craning our necks forward and curving our monitors so that their edges become invisible; placing our speakers in odd and precarious positions so that they surround us.

Often, though, something breaks the illusion – a cat jumping on the desk, a system message minimising the game – and we become aware that we are not inhabiting these worlds so much as peering into them through a letterbox.

“I’ve never been about completely forgetting myself when I engage with something,” Gorogoa developer Jason Roberts tells us. “I think of it as being able to see the frame. I was always interested the relationship between the world we’re looking into and the one outside the frame.”

In Gorogoa, Roberts’ intricately animated debut game, the frame is visible at all times. Every screen is made up of four tiles – little windows into other worlds. Often the windows look out onto separate scenes, but they are connected. In one, a door leads from a stairwell to a rooftop in a fantastical city. In another, a boy stands in the doorway of a storage room in a tatty house.

The composition of the two images is almost identical: so much so that, when you lift one image up and transplant it onto the other, it fits. And voila: the boy steps out of the cupboard onto a rooftop in a fantastical city.

Elsewhere, you might zoom in on one image, then rearrange another like a piece in a jigsaw – so that an apple on a tree can fall into the bowl in another frame. Gorogoa is a puzzle box, with parts that slide, click together, and unfold. The mechanics are not always the same, but they all reward lateral thinking, and an awareness of the border around its world. 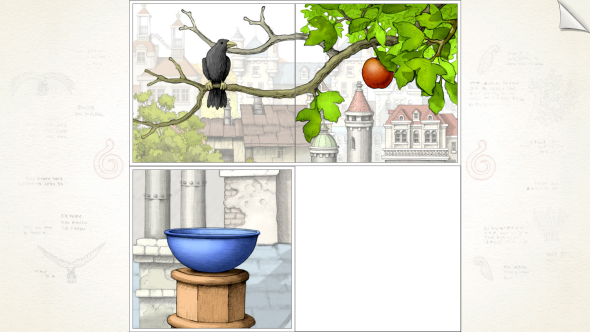 Perhaps unsurprisingly, Gorogoa began in another medium that has always played with its conspicuous borders: comics. But Roberts, a software engineer for many years, was drawn to interactivity.

“I’ve always played games, and I’ve always like mechanisms and moving parts,” he says. “You can fold the space of the world back on itself. I’m interested in the kinds of illusions and visual trickery you can’t do on the page.”

Gorogoa is not all trickery. It tells the story of a character’s life – though not in chronological sequence – and Roberts has thrown out scenes that were delightful in and of themselves, but did not serve the themes of his fable. Much of the weight of the storytelling is carried by the animation, which Roberts handled himself. It proved the hardest aspect of the game’s four year development. 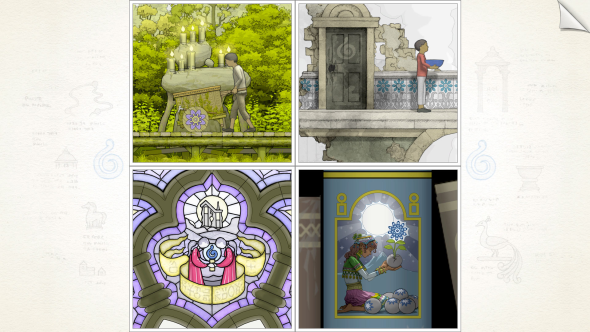 “That is because I have no background as an animator,” Roberts explains. “I just dove in. I don’t think I was a capable enough animator to work in the style of anybody else. So it just came out in my style, I guess.”

The result, in places reminiscent of Raymond Briggs’ The Snowman, is delicate and distinctly un-game-like. Roberts rotoscoped every frame, and believes the low framerate “makes it feel more handmade.”

“By doing my own animation, I’m like a director who casts myself as an actor in my game,” he says. “That’s not always the best choice. It was a huge amount of work. 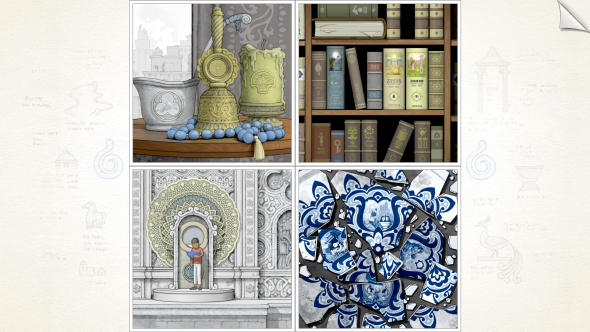 “But I wanted everything on-screen to come from my hands, because that way, visually at least, it would seem more personal. I hope the animations, flaws and all, have that quality. That’s important to me.”