In the run up to the PCGamesN Awards on December 23rd – mark your diaries, people – we’ll be publishing daily staff picks of the finest games 2016 has had to offer. Today it’s Tim, who takes great delight in making your stomach churn.

Will Wright has often described how SimCity was designed to look and feel like a paint package. A weird amalgam of creativity and systems design, where players would daub pristine landscapes in industry and housing.

For more of this year’s highlights, check our list of the best PC games of 2016.

While I acknowledge Theme Park as the originator of this weird niche of games, to understand why PlanetCoaster is /so/ well put together, it’s vital to understand what RollerCoaster Tycoon did: marry a set of design tools with a feedback loop that demands you profit from joy.

RollerCoaster Tycoon always felt to me like the true SimCity successor: stop painting zones, but paint paths and landscapes and queues and giant rollercoasters. Then bask in the delight of tiny people absolutely losing their shit. 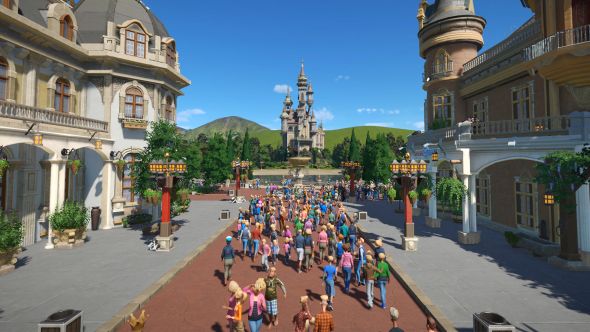 Planet Coaster is just better in every way. It’s definitely the best game of 2016 and I’ll fight anyone who believes otherwise.

It’s a lunch break, and I want to test the latest version of the game, check it runs on my work PC. It does, and I prove it by spending an entire afternoon themeing a jungle-inspired toilet block. It’s an evening, and my family have long since abandoned me.

It’s not just that the tools PlanetCoaster presents are good for making art. They’re great for starting. Your first experience with Planet Coaster isn’t ever about building a great big coaster. It’s in tinkering: improving what already exists with liberal use of plants, fences, art and animatronics. Beautifying a park is fun in itself. Fiddling, and fixing, and tweaking and suddenly you’re lost in the moment. 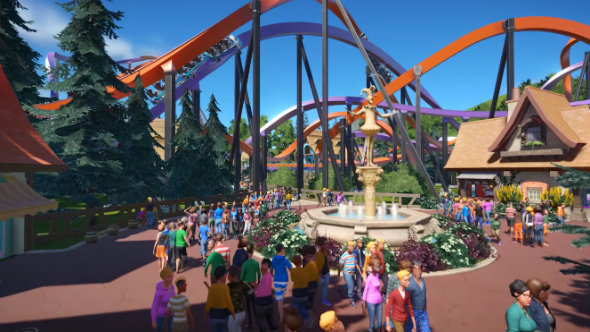 I’m in a meeting. I haven’t listened to a word said. Instead, without realising, I’ve been idly doodling a new design for a burger kiosk.

When you have a handle on the tools that Planet Coaster provides, you start to feel a sense of ambition. The possibilities of how these objects can interact, you get a sense of a world opening up in front of you. There’s no such thing as the right park, the right solution. All that matters is your park, your solution.

I have a big project ahead, the coaster to end all coasters, a looping behemoth that stretches all over and under my park, emerging out of a silver space castle. I look up. It’s 3am.

Buliding a RollerCoaster is hard. And expensive. And sort of dangerous. Your first parks are always covered in the scars of your experiments: weird tunnels carved through the ground that only exist because you clicked the wrong place, rides destroyed because they got in the way. But eventually it starts to click. You understand the rules of engagement: momentum, gravity, and exactly how much vom can be extracted from a small boy. 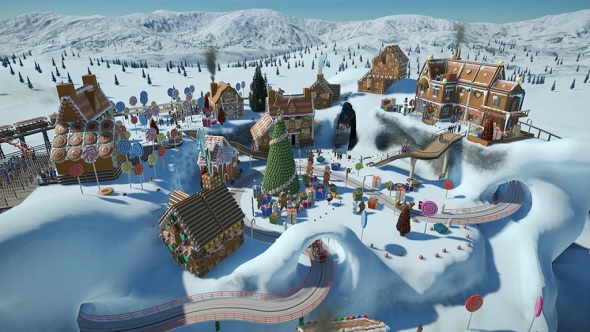 You don’t have to, nor would you want to, start with a blank page. Instead, to begin with, Planet Coaster gives you the outline of a park and some broad objectives, and lets you get on with it. But what sort of sociopath would be happy leaving it at that, with the tiny NPCs in thrillseekers in their charge at the whim of someone else’s Machiavellian g-force exerters? No, you need to design a coaster in the exact image of your warped psyche.

Something that people will remember less through the framing of a lovely day out, and more like a natural disaster they barely survived. Something their mind drifts back to whenever they’re alone with their thoughts. Something to have a good thousand-yard stare about. 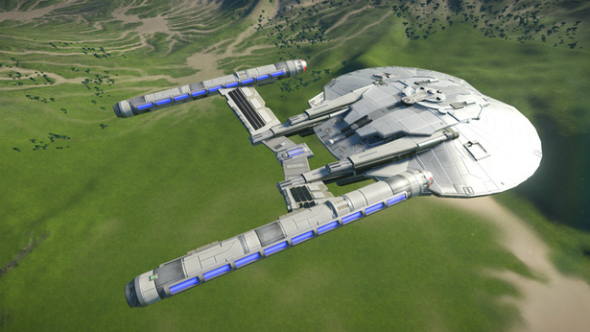 Where other creators come in useful is in soaking in ideas for what’s actually possible with Planet Coaster’s deceptively powerful tools. At the highest level, user-submitted workshop content is actual art. Conceptual perfection, actualised flawlessly. But even below the master builders, someone’s had a good idea for how to build a massive dinosaur-themed waterfall and to gaze upon it is to try to recreate it with your own fingerprint. Uploading your own creation generates a feeling of pride most people might only get from seeing their offspring elected as leader of a nation.

The future’s looking bright for Planet Coaster, too. Its spiritual daddy RollerCoaster Tycoon lived through a smorgasbord of imaginative expansions, weaving water parks and zoos and safari parks into the base game. For the first time in years, I’m thrilled by the thought of a game doing that again.