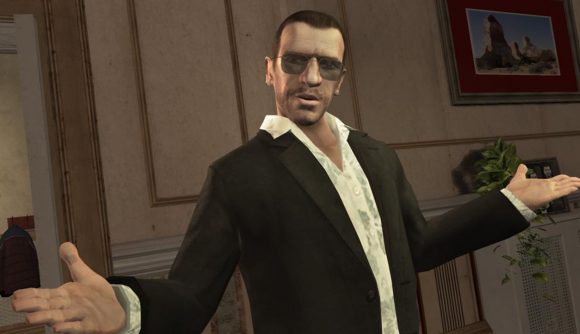 Grand Theft Auto IV has been removed from sale on Steam, and Rockstar Games says it’s because of Games For Windows Live. Microsoft’s old platform was controversial even at the time, but many games that support it have continued to be sold on Steam and other platforms. However, it seems it’s “no longer possible” for that to happen with GTA 4.

“Grand Theft Auto IV was originally created for the Games For Windows Live platform,” a Rockstar games spokesperson tells us. “With Microsoft no longer supporting Games For Windows Live, it is no longer possible to generate the additional keys needed to continue selling the current version of the game. We are looking at other options for distributing GTA 4 for PC and will share more information as soon as we can.”

If you already on GTA 4 on Steam, you can still access it there – but you can’t purchase it there. The standalone DLC collection Episodes from Liberty City, which also uses GFW Live, is still available for purchase on the platform, and you can still get Steam keys for base GTA 4 through third-party sellers like Humble.

This does put to rest a lot of speculation on the title’s removal – it’s not another music licensing issue, for example. In 2018, a substantial chunk of songs were removed from the game’s radio stations in light of expired music licenses.

Grand Theft Auto IV has been delisted on Steam for whatever reason.https://t.co/nOwEpDwv6f

GTA 5 has absolutely supplanted its predecessor and become one of the biggest multiplayer games on the market, but it sure would be nice to be able to go bowling with Niko again. Can you run it? Take the GTA 5  system requirements test at PCGameBenchmark.