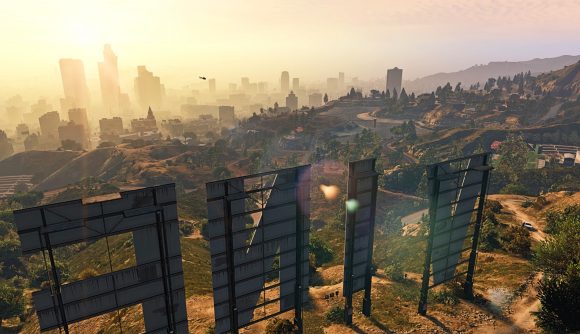 A large group of Grand Theft Auto 5 roleplayers gathered at the tail end of the weekend to hold a memorial service for a fellow player who tragically passed away after a battle with cancer. The service lasted for one hour on one of Los Santos’ beaches and consisted of various players coming forward to pay their respects and share memories.

A variety streamer, DovahPug is described as someone who “got her hands dirty, made friends, enemies, frenemies, and would always find a moment to ask how you were doing”. She roleplayed Misty Mocha, who was “tough, determined, mellow, and brave”. Fellow roleplayer RevRoach confirmed news of her passing earlier this month, sharing the following message from DovahPug:

“[I] just want to let you know I really enjoyed the time we have spent together and all the memories we made. The past few months roleplaying with you have been the absolute best time of my life, and the only regret I have is not discovering NoPixel and the RP community sooner. If there is an afterlife, I hope to meet you again!”

Following the service, one of NoPixel’s developers etched the content creator’s name into a memorial the server hosts to honour members who have passed away.

Said I wouldn't update this again, yet here we are.. It sucks that the list is getting longer and longer.😔
RIP @pug_dovah pic.twitter.com/EReKjkPMFI

Many people showed up to attend the event, though you can see several perspectives and speeches from it here and here.