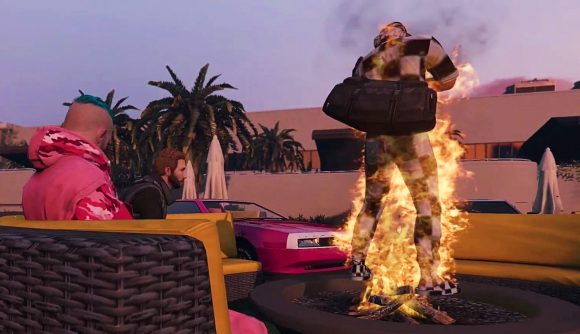 As you might know, the talk of the town over in the UK is England’s recent victory over ol’ foes Germany in the UEFA European Football Championship. As it turns out, though, the excitement of the English isn’t quite matched by the citizens of Los Santos.

GTA Online content creator Rustic Mascara tried hosting a football talk show with his pal to chat about the match, inviting passers by to join in the fun. Some certainly watched for a bit, but mainly they did what GTA Online players tend to do. Early into the segment, we get a chap who rocks up in a bright pink flying car. It goes alright at first, with the player hanging around and mumbling for a while, but then it all goes wrong as he flies off and fires a missile at our hosts.

No matter, though, as things are swiftly able to restart. The pair continue discussing the England team, Harry Kane, and Raheem Sterling’s form over the past season before realising that hosting a talk show in the open air of Los Santos is a lousy idea when snipers are around.

Things continue as you’d expect. Some players appoint themselves bodyguards, whereas others hang around for a bit before picking a fight with someone else. You can catch the video below: 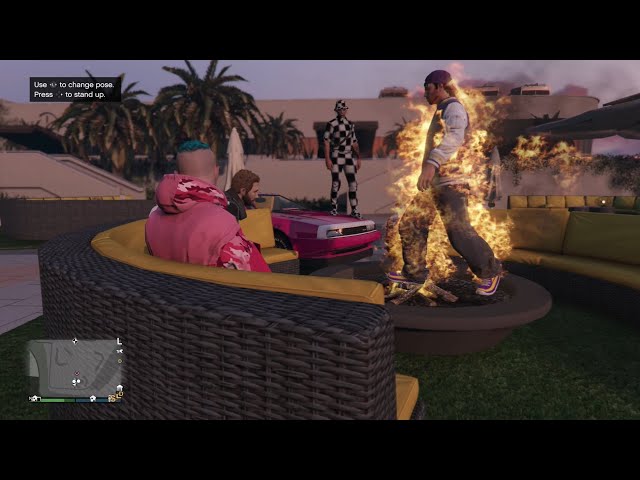 If this all sounds familiar, Mascara also tried to perform Hamlet recently, but, uh, GTA Online players didn’t like that either. Maybe hosting a talk show on something more topical wasn’t the play, after all.