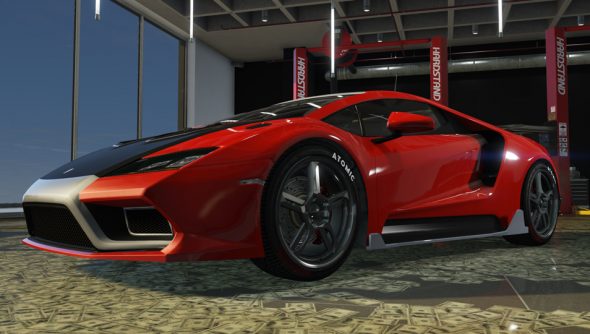 If you’ve ever played GTA Online, you’ll know that it is absolutely chock-full of plebs. Like, they are everywhere: sniping you from rooftops for no reason, smashing their cars into your soft body, and even wrecking your car as you head to get a sweet new paintjob.

If you like to create your own fun, check out our list of the best sandbox games.

With the car, it’s not a massive deal, but it is inconvenient, to say the least. Luckily, you’re clever and you had the foresight to get in-game car insurance, which means anyone who blows up your car also has to pay the excess.

This excess fee is 1.25 percent of the car’s value, so most people just keep on trollin’, baby, you know what time it is. One player, Aaron Reynolds, found a genius way of dealing with these car-destroying goons, though – pump a silly amount of money into your ride. Obviously you need to be rich, but it’s definitely worth it.

So I made a car so pointlessly, ridiculously customized that it is worth over a million dollars in the game. The Gurntmobile. #o1mdc pic.twitter.com/7X2JpxUWTc

Reynolds then cruised around the bodyshops – the chosen hangout spot of a GTA bawbags – and let them wreck his car so he could charge them the insurance. The car cost Reynolds $1 million, so that’d take $12,500 from their bank account every time.

Then he would sit back and listen to their cries over the voice chat. “Until Operation: One Million Dollar Car, I found voice chat in Grand Theft Auto irritating. But now I love it,” says Reynolds on Twitter.

When players started to get wise to it, he simply painted the car red and went back at them. When the trolls got wise to that, he got a new car and souped that up, too.

I’m not even sure who the trolls are anymore.