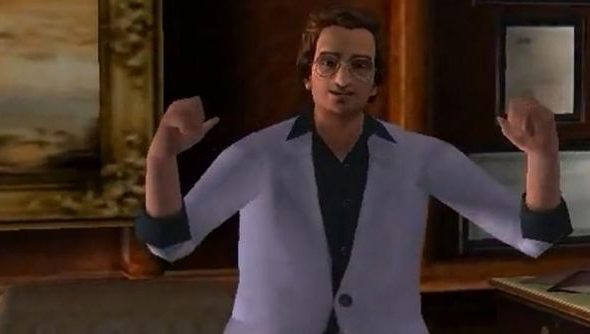 But it’s real to Rockstar, alright – real enough to file a lawsuit against.

Take-Two, Rockstar’s parents, say they’ve filed the suit to prevent the BBC from misusing GTA trademarks. The publisher called the film an “unofficial depiction of purported events”; it’s fair to say they’re dubious about the way their history will be told.

The BBC haven’t worked with Rockstar on Game Changer – instead basing the drama on Jacked, the GTA making-of book by David Kushner (whose history of id, Masters of Doom, I’d thoroughly recommend).

“We have attempted multiple times to resolve this matter with the BBC without any meaningful resolution,” said Take-Two in a statement. “It is our obligation to protect our intellectual property and unfortunately in this case litigation was necessary.”

The BBC told Gamespot that it “does not comment on legal matters”.

When Game Changer was announced, the broadcaster said it was the tale of a “bunch of British gaming geniuses who had known each other since their school days” – the kind of story Kushner excels at. It’ll cover the parental panic and media uproar that surrounded GTA’s early iterations.

Will you watch it, should it emerge from the legal wrangler unscathed?