Take-Two, the publisher behind both Rockstar and Firaxis, took part in a symposium event recently where their company President, Karl Slatoff, answered a number of questions about their future and policies regarding games. One of those questions was about their lack of annualisation beyond a few sports titles, to which Slatoff replied that building “franchise value” was better than releasing annually, and making more, better games from different IPs was how the company planned profit.

Not a lot of annual sequels in our list of the best PC games ever.

Asked about Take-Two’s lack of annual titles in comparison to their peers – if you think of the amount of regular releases from the likes of Activision Blizzard or Ubisoft, you’ll see what they mean – and the increased volitility of their business because of that, Slatoff had this to say:

“It’s a challenge in terms of reducing volatility, there’s no question about that. NBA and WWE are very powerful annual franchises, NBA particularly is an incredibly important franchise for us, and WWE continues to grow every year. So, our annual franchises have been getting bigger every year and we expect will continue to do so, I think that will help the volatility.”

However, he doesn’t think the answer is to make more games like this – in fact, he wants to do it less. “I think in terms of do we expect to change our philosophy for releasing games for triple-A or quad-A titles, I’d say the answer is not likely,” he explains. “The reason why is because it’s just product fatigue. We believe strongly that the way you create value in any entertainment business is to create franchise value, and franchise value has to be managed very deliberately. It’s tempting to just continually release titles and milk them as fast and as hard as you possibly can, but where does that leave you when the product starts to fatigue? I think we’ve seen that in some of the other titles in the industry.”

He’s not wrong. No matter what you may think of individual CoDs, Battlefields or AssCreeds, everyone’s begging for a break from them – a year off to see if abscence makes our hearts grow fonder. We’re even seeing that happen, with Ubisoft giving the Templars 12 months away from the table for good behaviour, even with a massive motion picture coming out. The games that are always received best – both by their communities and in terms of metacritic scores – are the GTAs, the Bioshocks, the irregular releases we consider a special treat. 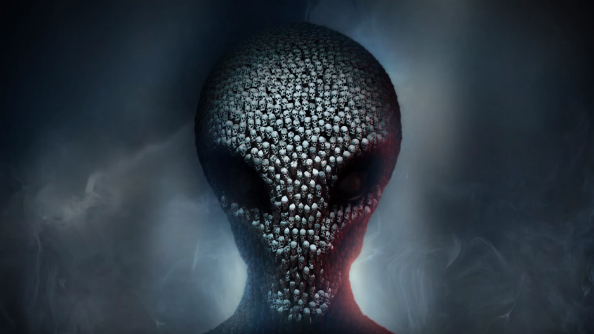 Slatoff says it echos in sales figures as well, “Every time we release a new iteration in almost all of our franchises – I would dare say every single one, but I’m not going to, I’ll say almost all – the last release is bigger than the one before. I think that’s very, very important for us to build and continue to build that franchise value.”

But how to battle against the lack of revenue from regular output? Well, it’s two fold. “First of all, the recurrent consumer spending [this is DLC, microtransactions, in game stores, etc – Money Talk Ed]. Second is simply to build scale. Meaning we increase our development capacity so we can put out more titles. Not necessarily more titles of the same franchise, but more titles. At the same level of quality, that’s the key important point, it must be at the same level of quality because I think that’s what distinguishes us from the rest of the field.”

On the evidence of Take-Two’s releases thus far, it seems to be working. XCOM 2 was both a fantastic game and Steamspy puts it at 700,000 sales in its first month, impressive for a PC-only, turn-based strategy game that’s yet to have a significant discount. GTA 5 is one of the best selling games of all time across its multiple re-releases. Think about the hype for every Bioshock, or the surprise of something like Evolve – even if the marketing screwed that one up, it did well enough to continue to exist.

Would you prefer more of this approach? Let us know below, and have a listen to the full symposium over on the Take-Two investor relations site.