In the kaleidoscope of strange and wonderful things that happen to you as you get older, here’s one of the strangest: for a brief window, all the pop culture references you see anywhere are yours.

It happens when all the big decision-making positions in entertainment media get occupied by people who grew up listening to the same music you did. Quoting the same Simpsons lines, ogling the same Porsche 928 in Weird Science, wearing the same variety of Lynx while dancing to the same Celine Dion song at the school disco.

The dominant voice in entertainment media at the moment evidently had a real thing for cyan and magenta, Ferrari Testarossas, and Tron growing up, and as a result that faintly imaginary version of the ’80s is already hopelessly played out. But Obsidian looks elsewhere in their childhoods for inspiration with Grounded, a survival game in which microscopically small children must survive the perils of – one must assume – their own backyard. Honey, they’ve shrunk the genre.

And yes, I get a personal kick out of seeing Joe Johnston’s high concept movie turned into a survival game because I’m a certain age. But I also think the application of that concept to a survival game setting is perfect, because the stakes are so refreshingly low.

In my first exploratory outings in the garden, my chief worries are: being bitten very gradually to death by lawn mites, falling from too high up a mound of dirt, getting stuck inside a VCR-sized science McGuffin, and wondering if I’ll be stampeded by an enormous line of ants (they pass by uninterested in a microscopic child). After years spent playing Ark and Conan Exiles, the former of which lets you saddle a T-Rex and the latter crucifying you in the opening seconds, these mild and rather quaint perils feel so fresh.

There’s a weird thrill to exploring, too. You know what’s going to be in the garden, because you’re a regular-sized person who’s walked the length and breadth of many gardens in your time. But here in Grounded you’re exploring that familiar setting from an unfamiliar perspective, and that’s where the kicks are to be had. Discarded baseballs and candy wrappers become major landmarks, the house looms massive on the horizon and a whole lawn’s worth of horrible insects lies between you and it. 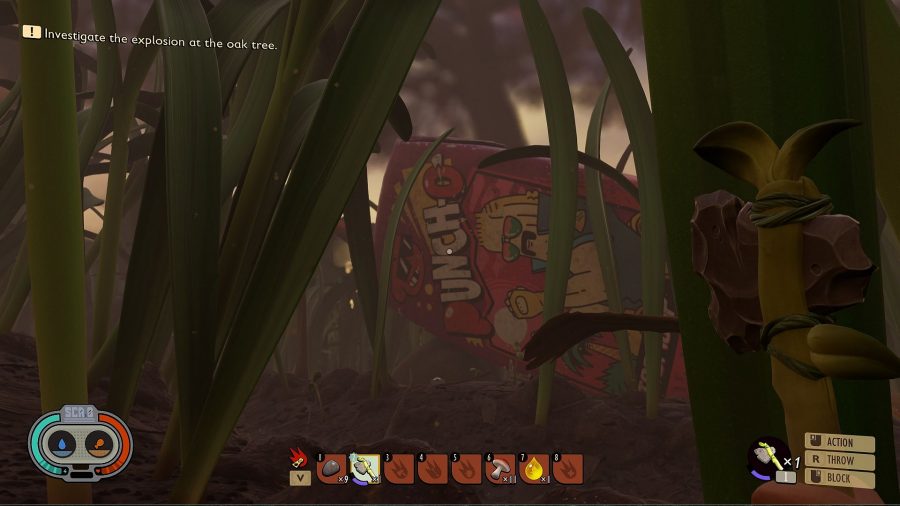 Willow, Hoops, Pete, and Max form Grounded’s playable quartet, and although they’re not drawn in the same narrative detail as, say, Grieving Mother or HK47 from the studio’s back catalogue, their wide-eyed enthusiasm is infectious. “Remember what you learned in cub scouts!” - bless.

Combat is basic, infrequent, and generally pretty forgiving. And while the enemies I encountered (all insects of different varieties) don’t offer much in terms of attack patterns or strategic requirements, that didn’t diminish my enjoyment of exploring the space, nor the sense that it was a dangerous space to inhabit in the first place.

Oh and yes there are massive spiders, and yes there is an option to make them less massive in the accessibility options if you’re phobic, which is kind of Obsidian, isn’t it? 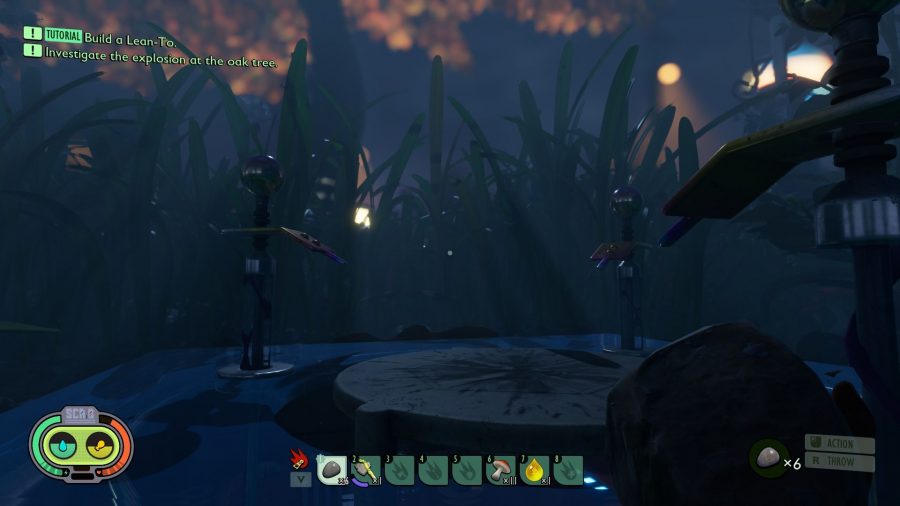 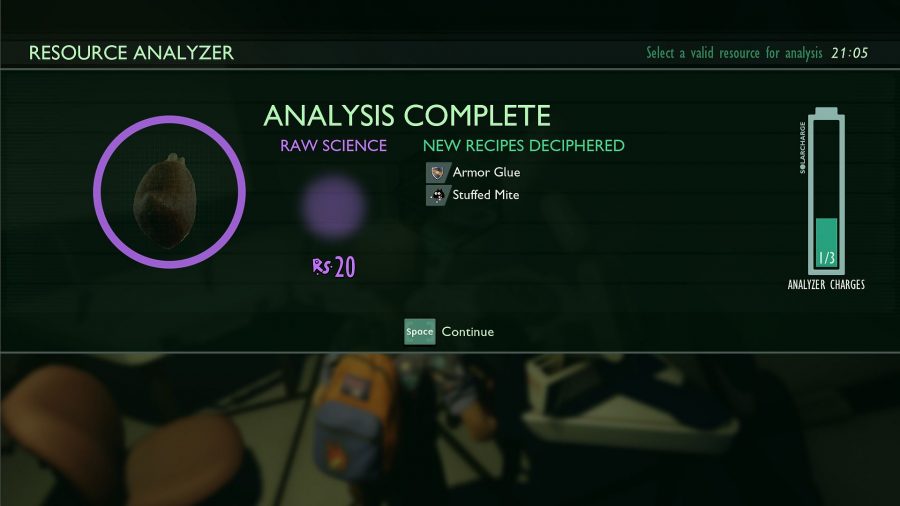 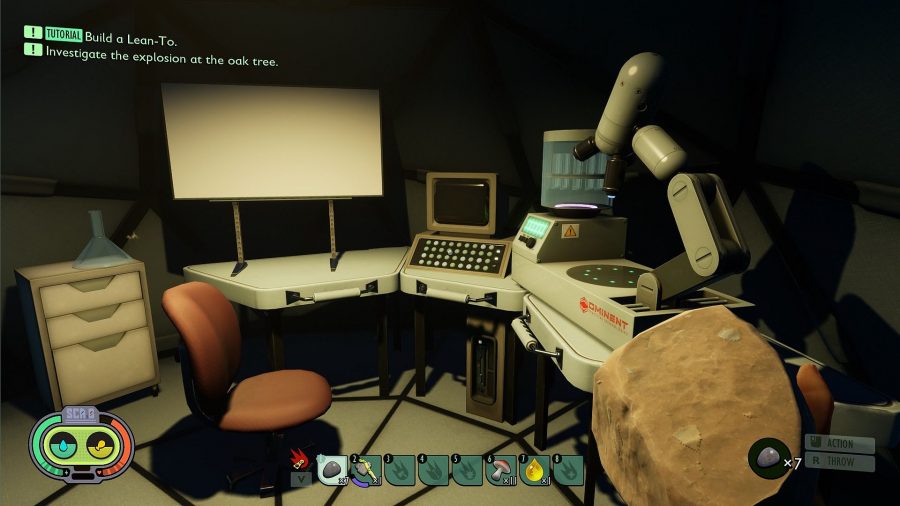 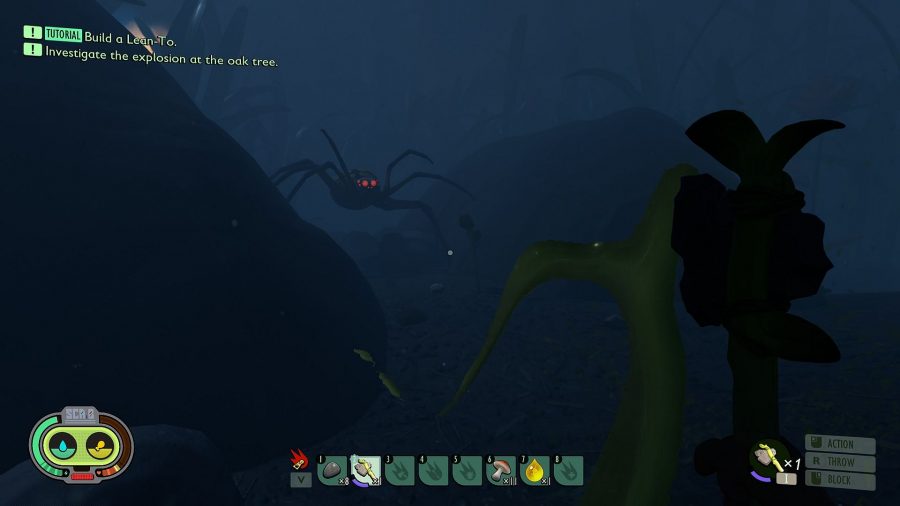 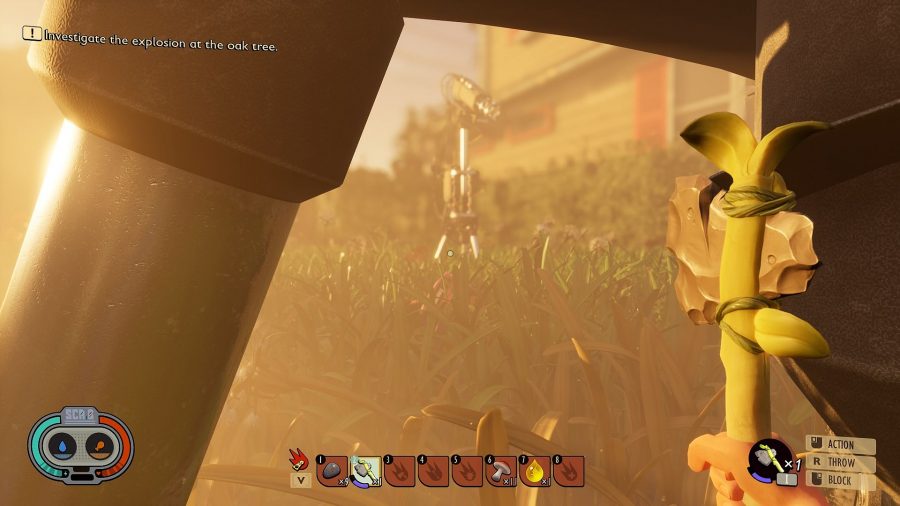 This being a co-op or single-player game, having some semblance of plot to motor things along is definitely the right call, and it’s laid on just right – not so dense and involving that you wish you were experiencing it in a more linear form, as with We Happy Few, and not so opaque that they needn’t have bothered (sorry, Ark). Achieving each primary objective lifts the veil a bit more, and spurs you on to achieving the next.

This is a game taking inspiration from the past and recontextualising it, but in every design decision from the bright and clear visuals to the earnest lines of its four playable characters, Grounded is played straight and sincere instead of post-modern. This is absolutely the right call – self-aware asides to the camera would really jar with both Honey, I Shrunk The Kids’ original tone and the playful, exploratory atmosphere Obsidian summons. Over a million players have already tried it, so thematically it’s obviously struck a chord. And with those kind of numbers behind it, one would assume Grounded will eventually be realised in the most ambitious form its creators imagined.