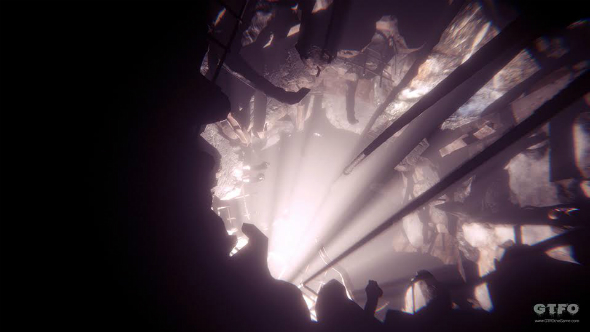 Ulf Andersson, the lead designer of Payday: The Heist, has announced his next game, a four-player cooperative horror shooter called – get this – GTFO. It’s the first game he’s making with his new Swedish studio, 10 Chambers Collective, which comprises others who previously worked at Payday developers Overkill Software.

Looking for more games to play with friends? Check our list of the best co-op games on PC.

As you’d hope, the title of the game sums up its attitude: you’ll be exploring “hostile and terrifying environments” that will shift suddenly from creeping you out to throwing you into full-on frantic action. 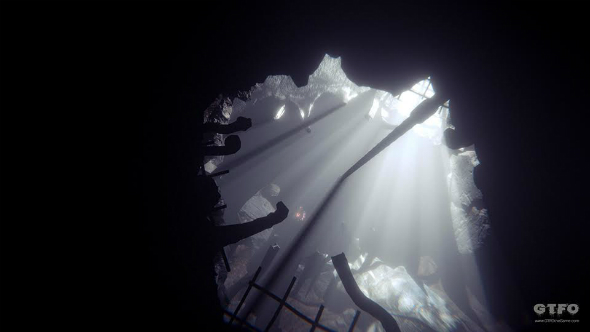 Like Payday, then, GTFO is intended as a hardcore experience to be shared with friends. You’ll need to not only depend on each other’s firepower to survive, but also truly work together to make it through each challenge. No guarantee your pants will survive unscathed, mind.

As you huddle up for safety, you and your mates will want to communicate with each other, dividing up weapons and equipment so that everyone is working to their strengths, as well as, you know, calling out whatever horror comes lashing out at you.

GTFO is described as a “large-scale experience,” which features unique expeditions that feature “an endless string of unknown and ever-changing challenges.” Something about that wording makes us think it’s more than your standard horror game’s range of bloodthirsty monsters coming after you. 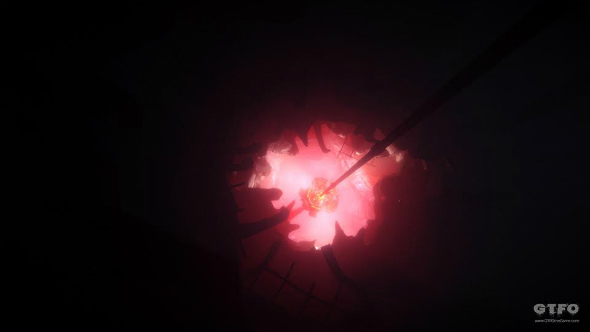 Indeed, when Andersson mentions GTFO can technically be played solo, as well as with up to four people, he says it’s not advisable to go alone as you’ll get “lost in the game’s endless maze.” You can briefly see an environment in the trailer made of caverns and spikes, with an elevator running through its layers, so take from that what you will.

GTFO currently has no release date and no release platforms, but all of that info will be revealed later this year. In the meantime you can keep up with the game by signing up for the Ambassador program on its website, which sends you emails with the latest news, concept art, and production insights.