Guild Wars 2 is a game with a lot of people in it. It is, afterall, an MMO. As such, there’s quite a lot of ways to interact with people. Shout, whisper, ban, kick; there’s a lot of options when it comes to other people. Rather than faff around with menus and clicking on things, increase your efficiency stats and start using commands instead.

How do you enter Guild Wars 2 commands?

It’s really simple to enter commands into Guild Wars 2. Just open the chat, and type in any command, prefixed with a forwards-slash. Then tap enter, and see the results in action. Make sure you type in the ‘/’ before any command though: without it, you’ll simply say the command in chat, and everyone else will see it. 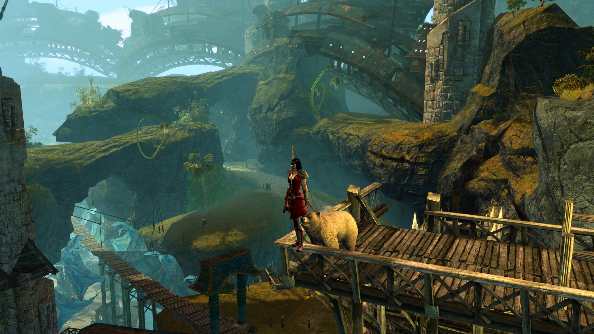 Say
/s or /say
Sends a message to everyone near your character.

Talk to Guild
/g or /guild
Sends a message to your guild.

Talk to Party
/p or /party
Sends a message to your party.

Talk to Squad
/d or /squad
Sends a message to your squad.

Talk to Team
/t or /team
Sends a message to your team in PvP, WvW, and Daily Activities.

Yell
/y or /yell
Sends a message to all players in your current Zone or City.

Whisper
/w or /whisper
Sends a private message to a specific player.

Whisper Reply
/r or /reply
Sends a private message back to the last person who whispered you.

Add to Friends
/friend <name>
Adds a specified player to your contacts list.

Remove from Friends
/unfriend <name>
Remove a specified player from your contacts list.

Block
/block or /ignore <name>
Prevents the specified player from contacting you in any way.

Unblock
/unblock or /unignore <name>
Removes a specified player from your block list. 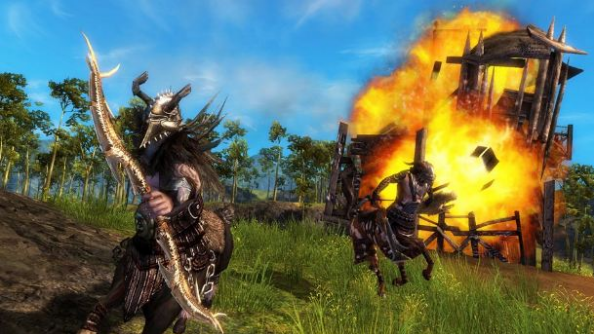 Kick Vote
/kick <name>
Starts a vote to kick a player from your party.

Play Time
/age
Displays the amount of time in hours, minutes, and days you have played Guild Wars 2.

Rank
/rank
Drops a banner that will display your current PvP rank.

Rank Banner
/rank <#>
Drops a banner of a specified PvP rank (replace # with rank number). A rank banner of higher than your current level cannot be dropped.

Deaths
/deaths
Displays the amount of time your current character has died.

Server Address
/ip
Displays the IP address of the server you are currently playing on.

Log Position
/stuck
Records a log of your position, which can be used to report a problem you have found.

Search Wiki
/wiki <keyword>
Searches the Guild Wars 2 wiki for the term you have specified.

Squad Information
/squadinfo
Displays a Commander a list of supply carried by each member of your squad.

Supply Information
/supplyinfo
Displays the supply being carried by players near you.