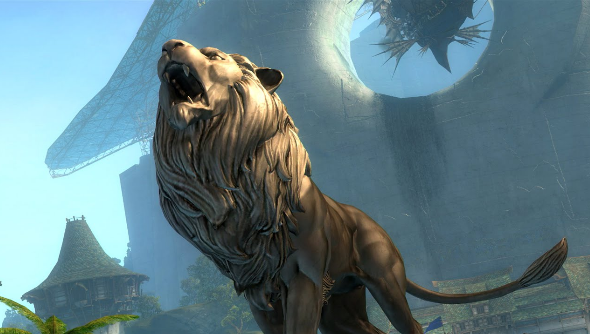 Guild Wars 2’s Living World means nothing stands still in the world of Tyria, narrative or environmentally. A year ago war devastated the capital city of Lion’s Arch, but today sees the city rebuilt, revamped, and ready for a new era. The city is nothing like you remember, so now sounds like the perfect time to jump in and explore.

The city comes with a new achievement that can be picked up for fully exploring the city. An infestation of Karkas that needs exterminating will lead you on a trail through every new detail of Lion’s Arch 2.0, and will present you with a new companion at the end of it: Princess.

The new Lion’s Arch the visual symbol of change, but players will be able to see more notable adjustments in the way their characters play. Every character class has had a full balance pass, and a new system for unlocking passive buffs and active abilities has been implemented.

New changes to Specializations separates stats from traits, which means character builds are made through trait choices rather than stat choices. You now have nine major traits instead of seven, with each trait being more impactful on your character. Arenanet have published a full introduction to the new system here and here.

The patch is in effect right now, so go explore Guild Wars 2 and drink in the changes as a primer for when Heart of Thorns releases.