In Guild Wars 2, elite specialisations fundamentally rework the abilities of a given profession (class, basically) to give it an all-new flavour. Each profession got one in the last expansion, Heart of Thorns, and a brand new set will be added in the forthcoming Path of Fire. But how to approach the addition of what is, essentially, a third playstyle for each profession? We asked a number of the game’s designers.

We reckon Guild Wars 2 is one of the top ten MMOs on PC.

One starting point is identifying roles that professions have formerly lacked. Necromancers, for instance, have never been strong in support or party-based abilities, so those are being explored in the new Scourge specialisation. Does this mean we’ll see future content designed around these specialisations?

“Especially now that each class has access to multiple elite specialisations, the idea is that players can choose specialisations that fit their playstyle or suit a specific encounter,” Robert Gee says. “They’re are a tool for players, but not a requirement, so I don’t think that you’ll see content that absolutely requires specific specialisations. 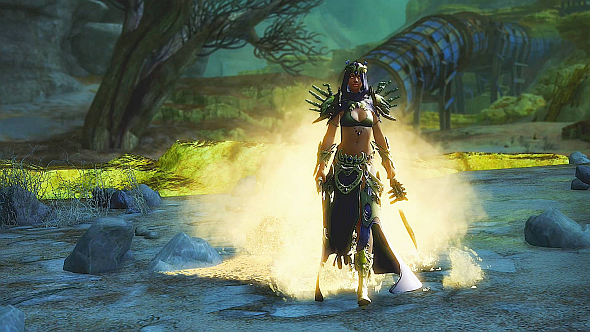 “What specialisations do is to allow players to tackle challenges in different ways. For example, a Warrior might try to fight a boss that can stack a lot of might and increase its damage. Core Warrior doesn’t have a way to remove that might so he’d need to use blocks to avoid big hits. A Spellbreaker, on the other hand, can remove the might and tackle the encounter in that way.”

So it’s all about giving you options – not just to equip you to solve encounters for which you previously lacked the tools, but to show veterans a new side to their favourite classes.

“Elite specialisations are one of the main draws of this expansion because of the extra choices and tools that they give to players,” Gee says. “They give established players new ways to keep enjoying the classes they’ve played for so long, and new players something to look forward to after level 80.”

“I want players to feel excited, hopefully a little bit overwhelmed at the choices they have, and the feeling that all the choices they make are going to feel meaningful and awesome,” Irenio Calmon-Huang adds. 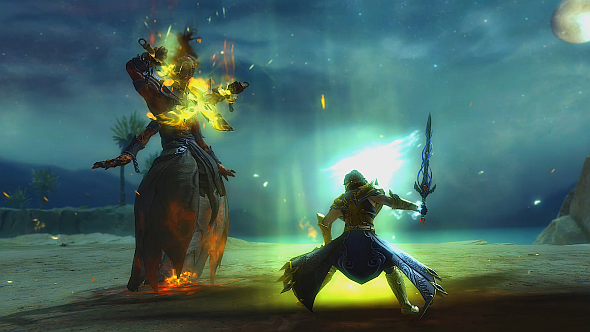 That sounds like a lot of work, especially when it comes to balancing. Were any of the specialisations particularly intricate, or difficult to design?

“I’d say the Weaver, due to the sheer quantity of skills involved and the rotations that must be observed and preserved, but taken to the next level,” Calmon-Huang says. “Altering something as core to their gameplay as attunements just enough to play significantly differently, while keeping the feeling of versatility from the base elementalist, is an incredibly fine line.”

“The ranger’s soulbeast was also difficult and fun to design,” Karl McLain adds. “Each pet’s family abilities needed to be translated so that the ranger could use them, which involved effects re-works and lots of work modifying animations. The engineer’s elite specialization also took a lot of effort, as it was re-worked a few times and finding the right aesthetic took some time.”

The next chapter of Guild Wars 2 is just over a month away – Path of Fire will launch on September 22. For more information, check out the website.