The previous episode of Living World ended on a dramatic note. Living World has been a rollercoaster of highs and lows but the end of episode five left Guild Wars 2 players speechless. It’s the beginning of the end for a long journey that started way back in November 2017 with the arrival of Season 4’s first episode, Daybreak. Now the final chapter is being delivered, and War Eternal is as bombastic as everyone’s expecting it to be.

Episode five ended with a devastating blow to the Commander and the creatures of Tyria. At the height of the battle with Kralkatorrik, the elder dragon aimed his deadly assault directly at the Commander. Aurene, the only hope for ever defeating Kralkatorrik, jumped in front of the attack and saved us, fulfilling her own prophecy.

Aurene was a vital part of the plan to defeat Kralkatorrik once and for all. With her gone, the creatures of Tyria are at a complete loss. Karlkatorrik is busy devouring a huge amount of magic in the Mists and the party can do nothing but hide underground.

There is no plan B and no running away – the Commander must fight until the very end. It’s this final battle between the warriors of Tyria and Kralkatorrik that War Eternal depicts. It’s an epic ending and one that I feel will leave fans satisfied. It helps that ArenaNet has provided some sweet swag to accompany you into war.

With this season’s story heavily focused on dragons, you can now finally have your own. The Skyscale is the new mount in War Eternal and it’s the first that can exceed the game’s flight ceiling, letting you explore new heights. 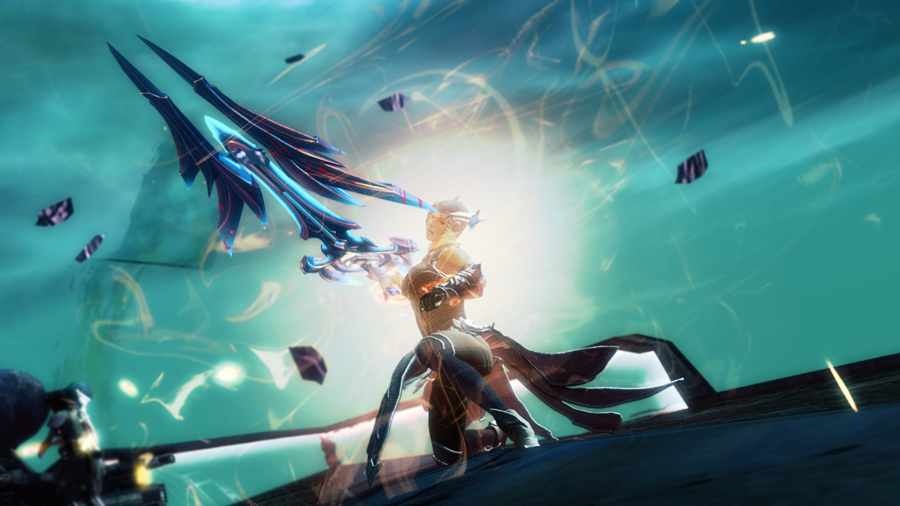 The Skyscale has a stamina meter that depletes the higher you go, but by collecting unbound magic nodes and using the dragon’s ability to climb, you’ll be able to discover new elevated areas across Tyria’s maps. A dragon wouldn’t be a dragon without fire breath, and so your Skyscale can also scorch enemies with one blast of wicked hot flames.

Want some answers to the elder dragon’s very existence? You’ll get them

As you’re majestically flying around Tyria, scorching enemies to a crisp, there’s a new map for you and your winged friend to explore. The Dragonfall map is the new area in Episode 6, and ArenaNet have really pushed the verticality of the area. There are areas can only be accessed through a combination of flying and climbing, enticing you use your Skyscale to its full potential. As you explore it, you’ll slowly unearth Karlkatorrik’s mysterious beginnings. Want some answers to the elder dragon’s very existence? You’ll get them.

You’ll also be able to get your hands on the new legendary weapon, Exordium. Mechanically, Exordium works like a greatsword, but it changes form depending on what skill you’re using. In the fiction of Tyria, Exordium responds to its master’s needs, always shifting in shape and colour.

To match your magical morphing weapon is a brand new set of armour. Not only is the Mist Shard very powerful, it also acts as a visual link to Aurene. The armour is covered in blue crystal embellishments that are aesthetically inline with our fallen friend – I’m definitely holding back the tears. The armour set can be upgraded to the Blossoming Mist Shard armour embedded with purple crystals.

Read more: Check out the best MMORPGs on PC

ArenaNet has really gone all out for this finale. Powerful armour, a shapeshifting legendary weapon, and a badass dragon mount all contribute to making the season’s conclusion spectacular. The final battle is an awesome spectacle. The clash of weapons, bright lights, and colours flying everywhere – I felt like I needed a pair of shades. Living World’s legends and prophecies all come to a dramatic head in the final battle with Kralkatorrik, ensuring it’s a grand and epic ending to a season that’s been two years in the making.