There’s now more Guild Wars 2 content on offer if you fancy dipping back into the free-to-play MMORPG. ArenaNet has released the next chapter of Guild Wars 2: The Icebrood Saga’s finale. This one is called Balance, and it features new Dragon Response missions, four more allied factions, and a solo mission for Braham Eirsson.

You’re going to be adventuring to numerous locations in the new Dragon Response missions where you’ll meet Icebrood leaders to do battle with. While those foes will be of a similar level to the last chapter, Episode 5 team lead Joe Kimmes tells us there are different ways they can pose a challenge.

“In Caledon Forest, you’ll be rushing to the aid of a Lionguard fort and then heading off a siege outside of the Dominion of Winds,” he explains. “The Bloodtide Coast mission has players fending off Icebrood directly outside of Lion’s Arch, and Fireheart Rise will see you lending aid to the Flame Legion and helping their leader, Efram, to rally his people to your cause. The Icebrood leaders you encounter in each will be around the level of the last chapter; however, expect to see some new tricks in play, especially if you choose to activate the challenge modes.”

One of the allied factions rallying to the cause this time around is the Tengu. Kimmes tells us that we’ll meet them by aiding them in the Caledon Forest response mission. Once you get them on-side, they’ll offer support in several of the other Dragon Response missions. “In addition to fighting alongside you, Tengu allies will let you equip their powerful bows as bundle items – you’ll get a limited supply of powerful arrows to pin down and wound your dragon enemies,” he says. 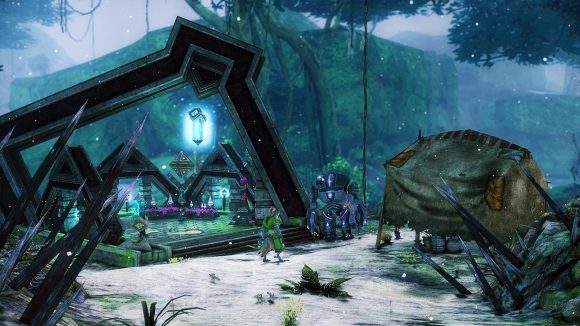 Getting the faction on-side in the Tengu global faction mobilisation event, though, will take some more work. “Several of the support tasks are shared, so some things will be familiar to players – you’ll be contributing supplies, fighting in response missions and hunting specific enemies,” Kimmes says. “In addition, players will be asked to return to Drizzlewood Coast to recover Tengu items left behind in the area.”

Kimmes isn’t willing to give away too much about Braham Eirsson’s solo story mission. However, he does tell us that we’ll be fighting “Destroyers in a volcano chute that may be familiar to players of previous Living Story episodes”. 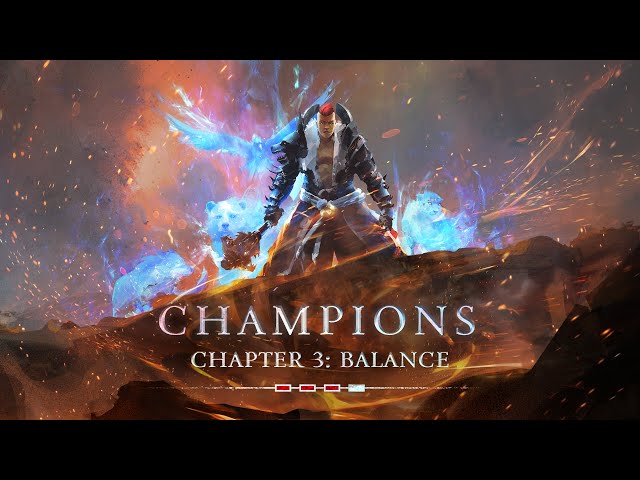 Playing through Guild Wars 2: The Icebrood Saga’s Balance chapter will also give you a sense of what’s to come. We ask Kimmes how this chapter lays the groundwork for the final stage of The Icebrood Saga, and he’s keen to highlight the story.

“I think in playing this release players will have a good idea of what the last chapter holds,” he explains. “You’ll also be seeing the payoff of foreshadowing in previous chapters as well as basic versions of enemy skills that will appear in the finale.”