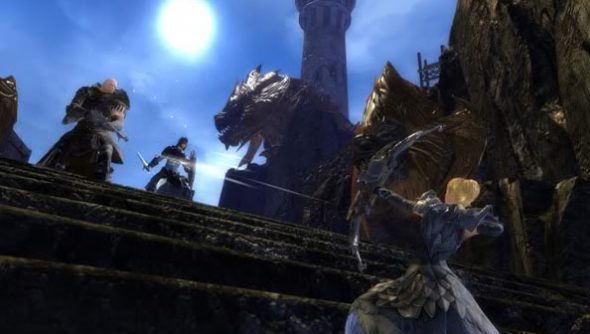 In what might be the first instance of analogue news dissemination in half a decade, Guild Wars Insider has been chatting to an ArenaNet employee in a Seattle coffee shop, or something. During a discussion about industry trends, the employee reportedly admitted that the Guild Wars developers are working on a League of Legends competitor.

“With the success of League of Legends, it seems like everyone’s building a MOBA these days,” the employee is said to have said. “Even ArenaNet is working on building a MOBA.”

“You’ll see soon”, they told Guild Wars Insider, before stepping into a portal and returning to their hub city. Insider claim that the source is credible, and that in context it seemed likely that ArenaNet are working on a PvP MOBA variant for Guild Wars 2 rather than an entirely new game.

ArenaNet are based in Bellevue, but parent company NCSoft have offices in Seattle closely linked to the Guild Wars team.

What form do you think an ArenaNet MOBA might take? While unusual, it’s not unprecedented for MMO developers to take advantage of their games’ size to emulate their own favourite titles – WoW’s Pokemon-like pet battles are a prime example.