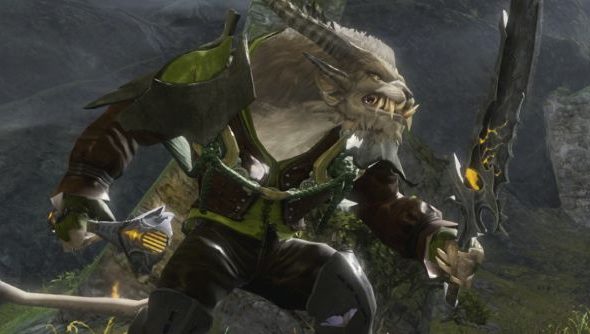 Eagerly-awaited MMO Guild Wars 2’s second beta weekend will kick off on 8pm on Friday 8 June, and wrap up at 7.59am on Monday 11 June. That’s a whole two days, 11 hours and 59 minutes of Guild Wars 2 action. It’s also right after E3 so we might, just might, see some exciting newly-announced content in the beta.

Anyone who played Guild Wars 2’s first beta weekend in April will find that their characters will be waiting for them on the server, like little dogs. “Your existing beta characters have not been deleted, and you will be able to continue right where you left off”, said Chris Whiteslade, Guild Wars 2’s lead producer. “This means that enterprising players with characters level 35 or higher will be able to test their mettle against the explorable version of the Ascalonian Catacombs dungeon!”

According to Whiteslade, the first beta weekend was a complete success, and developers ArenaNet have made many changes to the game as a result of player feedback. “We have listened intently to all of your feedback from our first Beta Weekend Event, and we’ve made great strides toward resolving many of the issues you’ve helped us identify”, he said. “These include party movement into overflow servers, chat functionality, key bindings, server stability, performance, and many more that we will detail in the near future.”
Gamers who have pre-purchased Guild Wars 2 will be able to take part in the beta, with instructional emails flooding inboxes in the coming days. There will also be a limited number of Guild Wars 2 beta keys distributed via Guild Wars 2’s partners; details will be announced via Guild Wars 2’s official Facebook pages.