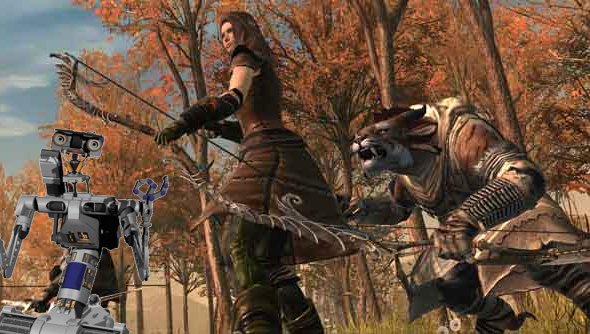 The mass banning is “a decisive blow” in the battle against the bots, said Mike Lewis, Guild Wars 2’s security coordinator. The accounts were culled in November after reports of bots were being submitted as often as 2,000 times an hour. This figure has now dropped to around 20. Is humanity safe?

In a news update, Lewis said his team had “been seriously pursuing the botting issue since the launch of the game” by collecting and examining data to see which players behaved like real players and which acted more like would-be mechanical overlords who wanted to overthrow the human race and crush them beneath their titanium heels.

However, Lewis went on to say that the process of data analysis had been automated, which sounds to me like the robots are now in charge of this. Is this wise? No! Of course it isn’t! You fools! You’ve put the power in their hands!

“Aided by our analysis tools,” he continued, “GMs are able to react quickly and efficiently to bot reports
and terminate offending accounts in short order.” Terminate? Terminate?

Wait, I don’t think he’s killing bots at all.

I think he’s one of them.