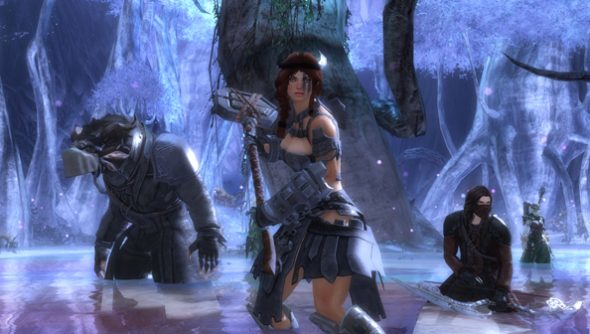 NCSoft has discovered it has made quite a big achievement, one no doubt that will be framed and mounted on the wall in the office foyer. It appears that Guild Wars 2 has become the fastest selling Western MMORPG in the history of time itself, racking up sales of three million copies in less than a year.

Research firm DFC Intelligence discovered the figures, and no doubt they make publisher NCSoft and developer ArenaNet very happy. Sales in North America and Europe topped three million in nine months, a sales figure unparalleled by any other MMORPG.

“After triangulating against multiple data sources, it’s clear that Guild Wars 2 is the fastest-selling Western MMO of all time based on the first nine months of availability”, said analyst David Cole of DFC Intelligence. “This puts Guild Wars 2 in an impressive position when they release in China, where we’ve seen similar franchises really take off”.

That little mention of China is important, as it could propel Guild Wars 2’s player-base and sales to record numbers. NCSoft expect rapid growth when the game hits China, noting that the player-base there could well exceed that of the West.

If you’ve not spent any time with Guild Wars 2 and its stunningly beautiful world, you really should. Lucky for you you won’t have to spend a penny to find out if you should get on board with the fastest-selling-MMO-in-the-world, since ArenaNet will be offering a free trial weekend between Friday 23rd August and Monday 26th August. You can sign up for a trial account at the Guild Wars 2 registration page. I can’t stress how much you should, plus if you’re in the UK it’s a bank holiday weekend, and so should be filled with as much gaming as possible. Your game of choice has just been decided for you.