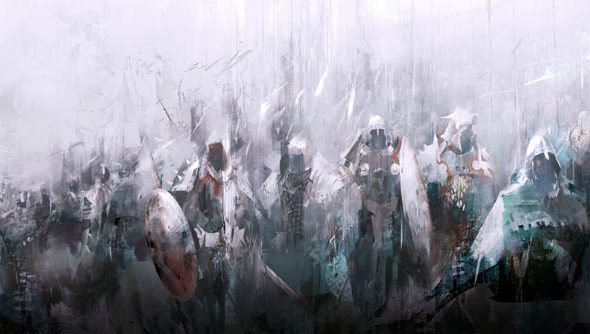 Have you begun preparations for Halloween yet? My welding goggles arrived the other day so I can finally get some proper fortifications put up to stop those pesky kids. Oddly, ArenaNet have gone the other way on these festivities and are giving things away for free; the Shadow of the Mad King update has been detailed and it has decorations, quests, and tournaments.

More on all this below.

The details appeared on the Guild Wars site the other day without so much as a “boo!” to announce them. There are two main focuses for the seasonal update:

“Decorations, new mini-games, new dynamic events, and more. Despite the celebrations there are those who dread the coming of Halloween and all that it may bring, for it is the time of year when barriers between the realms are weakest. Be prepared for an epic adventure in four acts starting October 22 and running until October 31.

“Evon Gnashblade has stocked all new items at the Black Lion Trading Company, including Halloween costumes and new transforms that will allow you to play Costume Brawl with fellow costumed players.”

Though as well as this, ArenaNet are pushing the new, paid-entry tournaments: “Paid tournaments will be available for competitive, five-person teams. These tournaments require tickets to enter and give better prizes than normal tournaments. Participating teams will earn qualifier points that will allow them to compete in future, larger tournaments.”

There are also going to be some more permanent additions to Tyria, with new events and puzzles being added to the world.

As quoted above, the update will go live on 22 October.