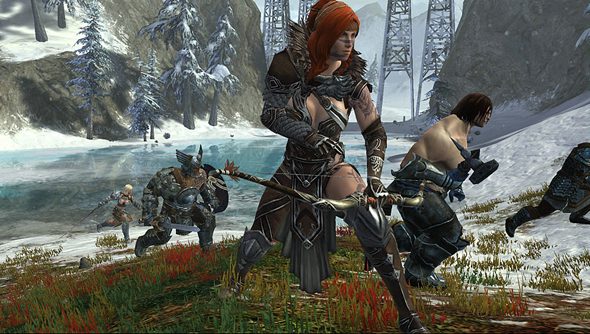 Spotted by GuildWarsInsider, Colin Johanson stated on the official forums
what players can expect in the near future. “GW2 will feature


consistent free content updates and in-game events going forward. Our
goal is to make it so you get more from GW2 for free than you get from a
game you pay a subscription for.”

Meanwhile, full-blown expansions and micro-transaction content will also be introduced to the game. “On
top of a large amount of free bonus content, we will be expanding on
offerings in the Black Lion Trading Company going forward, as well as be
doing large-scale expansion content down the road,” says Colin.

No matter how much money you throw at them, ArenaNet say they want to put their players first. “We
do appreciate that you’d like to buy lots of new content, but we’d
prefer to give a lot of it to you for free, cause that’s what we think a
responsible MMO company does!”