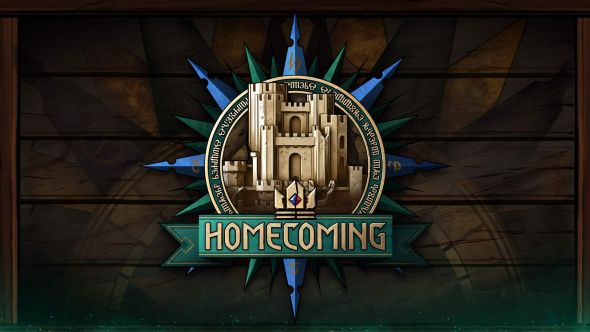 Gwent will leave beta in six months. In an announcement on the game’s website, developer CD Projekt Red’s co-founder Marcin Iwiński, revealed a suite of reworks set to change the game over the next few months.

The one thing holding Gwent back is its terrible lootboxes.

The project, which CDPR refer to as Gwent Homecoming, is intended to “reignite” players’ passion for the game. Iwiński says “we need six months of fully-focused development to deliver what we’ve planned,” and that the team will only release two updates during this period. The first of those will arrive this month, adding in missing cards and specific board skins. The second will arrive in May, and will be balance-focused.

Marcin Iwiński acknowledges that this is quite a long time to wait with minimal developer intervention, but says that “on the flip side, after Homecoming concludes, we will go out of beta and release [single-player campaign] Thronebreaker at the same time.

Homecoming will change quite a lot about Gwent’s gameplay, which the announcement breaks down in more detail. The first is that CDPR want the game to feel like a battlefield, and will introduce preferred rows for certain cards, buffing them if they’re placed in the ‘right’ place. The visual experience of the game will also be changed, and CDPR are considering removing the artillery row from the game entirely. Finally, player progression will be reword, with a proper tutorial, a new levelling system, and a revised ranked mode.

Personally, I’ve enjoyed Gwent quite a lot in the time I’ve spent with it, and I’ve been eagerly awaiting the single-player expansion for more Witcher-themed storytelling. As is always the case with ongoing development, be prepared for CDPR’s schedule to change, but otherwise expect Gwent’s full release in October.