H1Z1 is a Steam Early Access zombie game from SOE – the same chaps behind Planetside 2, Everquest and Landmark. It’s plays just like every other zombie survival game, including scavenging, crafting and merciless PVP. It has a few points in its favour: performance, even on low-mid tier machines, is excellent. The devs are quick to react to feedback. It also has some intuitive ideas when it comes to game modes; PVE servers combat the “kill on sight” mentality that often plague these sort of games.

But H1Z1 is not better or further along than DayZ. And that’s it’s biggest problem.

Ever since release DayZ launched, we’ve been overwhelmed with imitators. What does H1Z1 do that makes it interesting?

If you’ve played DayZ, you’ll understand H1Z1 instantly. It is nearly identical. You’ll spawn somewhere in the rural lands of the United States. Equipped with nothing but some clothes and a torch, your immediate priority will be to find food and water. Your health will deteriorate at an alarming rate, forcing you to be eternally on the hunt for food and water. Zombies are meant to be the natural obstacle, but instead are completely harmless. They can be outran and easily dispatched. This won’t be the case by release, however.

Looting isn’t the only way to further your survival – crafting is the best way to achieve progress, quickly. Right from the moment of spawning, you can grab some wooden sticks from nearby bushes and fashion yourself a bow and some arrows. With a bit of skill, you can dispatch zombies (and players) with a single arrow to the head. It’s almost too easy. Moving onto bigger ideas, crafting can also construct player bases, but you’ll need a lot of materials.

Dying is quite clever in H1Z1. If you’re killed and no one claims your loot, it’ll teleport to the nearest zombie. This gives you an incentive to actually murder the undead, as you may be rewarded with a bountiful surprise. Other than that, you’ll just find yourself respawning in a random location empty handed. 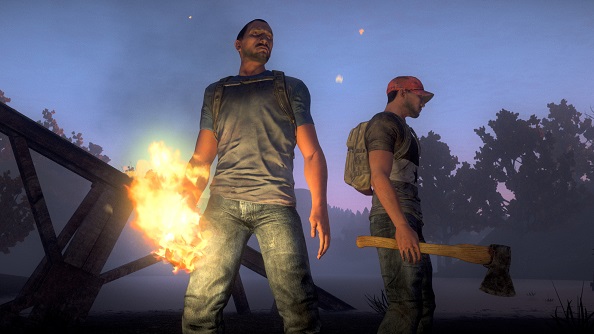 H1Z1 wants you to try lots of different game types, too. Standard PvP servers are complemented by hardcore servers, where zombies require headshots to be taken down. There are PvE servers: although until the zombies become a threat, they’re just happy hug lands with little to do. There are the event servers, which are currently running a Battle Royal mod. It’s a 200 player, last-man-standing deathmatch – the Hunger Games, essentially. Event servers cost to enter, though.

And that’s where we have to talk about H1Z1’s slightly awkward business model. The game will be a free to play title – fueled by an in-game shop. By the end of the year, everyone and their dog can pick it up and play; if it can provide a similar, if not better experience than its buy-to-play competition, it’ll be onto a real winner. Today, though, you have to pay £14.99/$19.99 to access it.

In the in-game shop, players can purchase items and services. Alongside Event Tickets, Crate keys open up lockboxes which players can stumble upon in the wasteland, but only contain cosmetic skins for things like clothing and weapons.

By far the most controversial service is Airdrops. For £4.00/$5.00, you can call in a supply plane to drop a shipping container. When it lands it spits out angry zombies, and a loot container. Inside, you might find firearms and ammo, or food, clothing or crafting materials.

Airdrops are controversial. The system feels close to being pay-to-win, even if the stats are weighted so that firearms only spawn rarely. And collecting your loot means beating other players to the punch.

But that doesn’t mean airdrops fit. They still feel uncomfortable. The notion of random airdrops is a cool idea, but letting players buy them in, ruins them. Someone is always going to lose in the transaction – either the player gets their paid for loot, giving them a small advantage over everyone else, or someone causes them to throw away cold hard cash. That’s not fun. 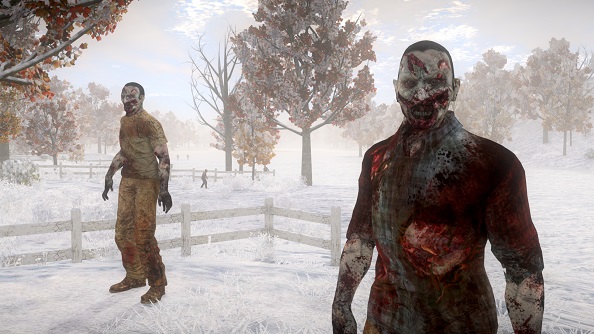 The game is also rife with bugs, glitches and server instability. Anyone even contemplating H1Z1, or any other Early Access game, should already know that this is the norm. It’s clearly advertised on the storefront. At one point, loot ceased to respawn, which not only made it difficult to survive, but also made it incredibly frustrating when you loot your 100th container with zero spoils. This, thankfully, has now been fixed.

Credit where it’s due on behalf of the developer team however must be recognised. Since the rocky launch, they’ve been in constant communication with the playerbase, and spitting out updates at an alarmingly fast rate; there’s a good chance that if you discover a bug within the game, it’ll be eliminated in just a few days. The only downside really is most of these updates, that are of good intentions, tend to bring down the servers for a couple of hours at a time to be deployed. 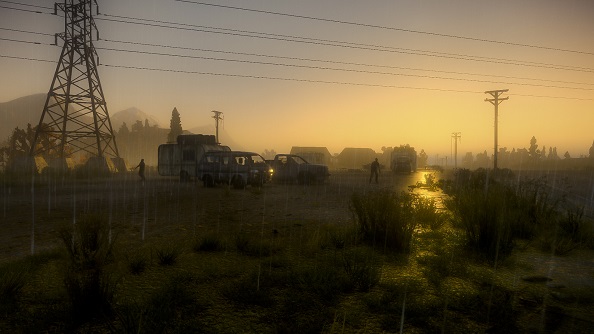 What are you getting for risking your cash on H1Z1? Paying now has no benefit, and later this year (hopefully), you’ll be able to play H1Z1 for free, and in a far more stable state.

H1Z1 has potential. SOE have made solid MMOs, and have, in the Planetside 2 engine, tech that can be directly applied to the problems of zombie survival games. And they’re reacting quickly to feedback. But at this stage, H1Z1 isn’t ready for you to play.