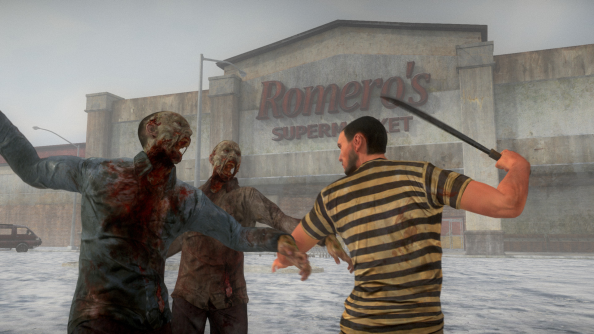 SOE’s zombie apocalypse MMO, H1Z1, has finally moaned and groaned its way onto Steam Early Access, ahead of a January 15th release date for its alpha. The game will be available in two bundles – Standard Edition and Premium Edition, but there’s no word on the pricing on either one yet.

“H1Z1 Early Access will be your chance to experience and make a difference in H1Z1 as it evolves throughout the development process.” says the Steam store page. “We anticipate a full release later this year.”

There’s two bundles up for grabs on the Steam store page, both with different incentives on offer, but with no price points set at the time of writing.

The Standard Edition Bundle grants you:

The Premium Edition Bundle grants you:

As with any Steam Early Access title, SOE have stressed that early adopters of H1Z1 should expect “bugs, incomplete content, missing features, and potentially game breaking issues”. For the time being, SOE suggest players discuss the game over on its own subreddit, and to check out the H1Z1 developer roadmap once it goes live.